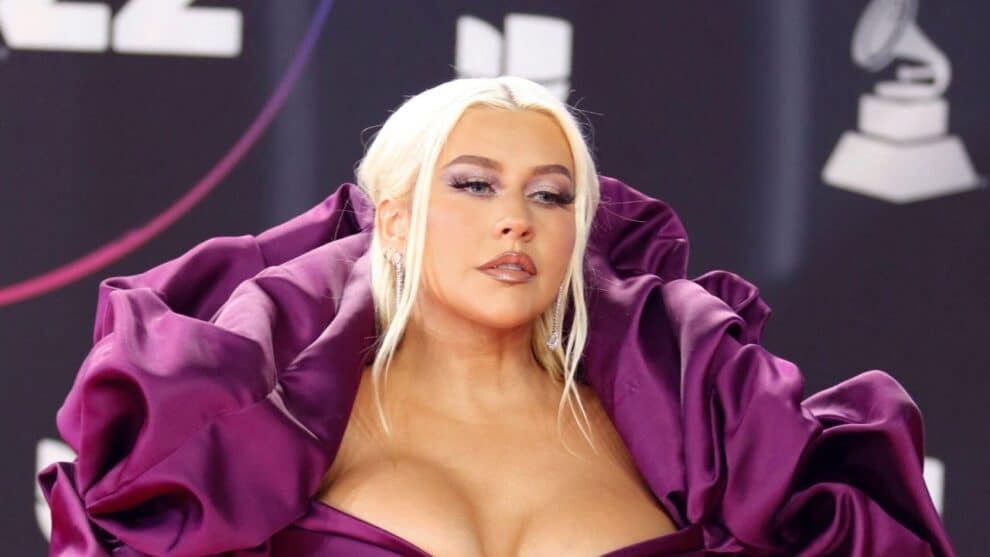 Christina Aguilera just wowed at the Latin GRAMMYs! On Thursday, the 41-year-old singer took the stage to deliver an impressive performance of “Cuando Me Dé la Gana” alongside Christian Nodal.

Dressed in a sequined black jumpsuit, Aguilera’s powerhouse vocals took the lead as she and Nodal took turns singing verses from the Ranchera-style song.

The pop star ended the performance with one of her signature riffs, before tipping her hat to Nodal, who closed out the song — which tells the story of a woman taking charge in her relationship.

Aguilera isn’t just at the Las Vegas ceremony to perform, she’s also a seven-time nominee. Among Aguilera’s nominations are her song, “Pa Mis Muchachas,” for Record of the Year and Song of the Year, and her album, Aguilera, for Album of the Year.

It’s no surprise Aguilera delivered a show-stopping performance. Last year at the ceremony, Aguilera performed “Pa Mis Muchachas” with Becky G, Nathy Peluso and Nicki Nicole, and even sang a snippet of her ballad “Somos Nada.”