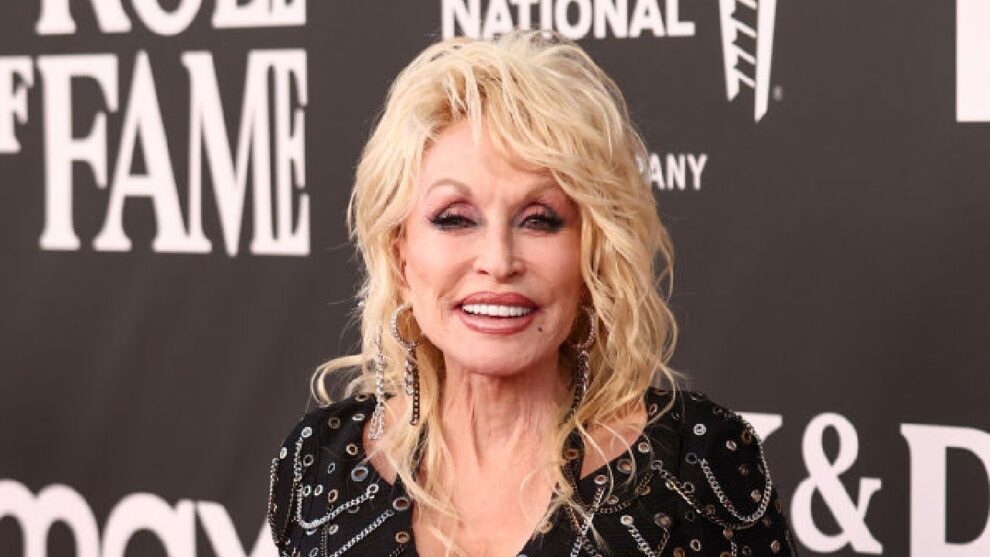 Dolly Parton is back with another holiday special, Dolly Parton’s Mountain Magic Christmas, and this time the TV event is a family affair. Joining the country music icon onscreen are her two sisters, Rachel Parton George and Cassie Parton Griffith, and several nieces and nephews, as well as longtime friends Willie Nelson and Billy Ray Cyrus, and her goddaughter, Miley Cyrus.

“We just all had great fun… We just showed what it’s like to put on a show together and all the things that can go wrong,” Parton said of the meta special, which will pull back the curtain on producing an event like this for TV. While speaking with ET’s Cassie DiLaura, the singer also opened up about surrounding herself with friends and family for her latest Christmas celebration and co-hosting New Year’s Eve in Miami with Miley.

“My family’s always been great about helping out,” Parton said, before revealing that “I had a lot of nieces on the show as well, singing along on a song called ‘Family,’ which fits everybody’s family… But yeah, I love working with family and my little nephew, Liam [Rauhoff], played the elf. My little grandnephew, he was just a doll in the show.”

“So, I was surrounded by family and friends and all these wonderful great people,” the singer continued.

Of course, that also includes her goddaughter, who will first appear in Parton’s Christmas special before the two reunite at the end of the month to ring in the new year. “We’re going to be doing some skits. I know that anything can happen live with the two of us,” Parton said of Miley’s New Year’s Eve Party. “I’m sure we’ll be wearing some bizarre costumes and we’ll be singing some serious songs, some fun songs [and] we’ll be bringing in the new year in fun fashion, I’m sure.”

“So, I’m looking forward to that and being in Miami at that time of year. When she first asked me, when she talked about doing the New Year’s show I thought it might be from New York and I wasn’t gonna do it ’cause I didn’t want to get that cold, you know,” Parton revealed. “She said, ‘No, that’s why I don’t do it in New York. That’s why I’m going to Miami.’ So, we’re gonna do it there, so that should be a lot of fun. I’ve never spent much time in Miami.”

While the two specials will see Parton sharing the screen with her extended family, one person that won’t be a part of either event is her husband, Carl Thomas Dean, who has long avoided the spotlight. “That will never happen,” she said. “Not unless you just catch him somewhere on a tractor out back mowing his yard, mowing his fields back there.”

Of course, this should come as no surprise considering that he’s long avoided the spotlight during Parton’s celebrated career. “He does not want to be part of any of that,” she said, echoing comments she previously told ET. “He does not want to be in the spotlight at all. It’s just not who he is. He’s, like, a quiet, reserved person and he figured if he ever got out there in that, he’d never get a minute’s peace, and he’s right about that.”

That said, Parton promised that her Mountain Magic Christmas special will be “a good fun, Christmas show.”