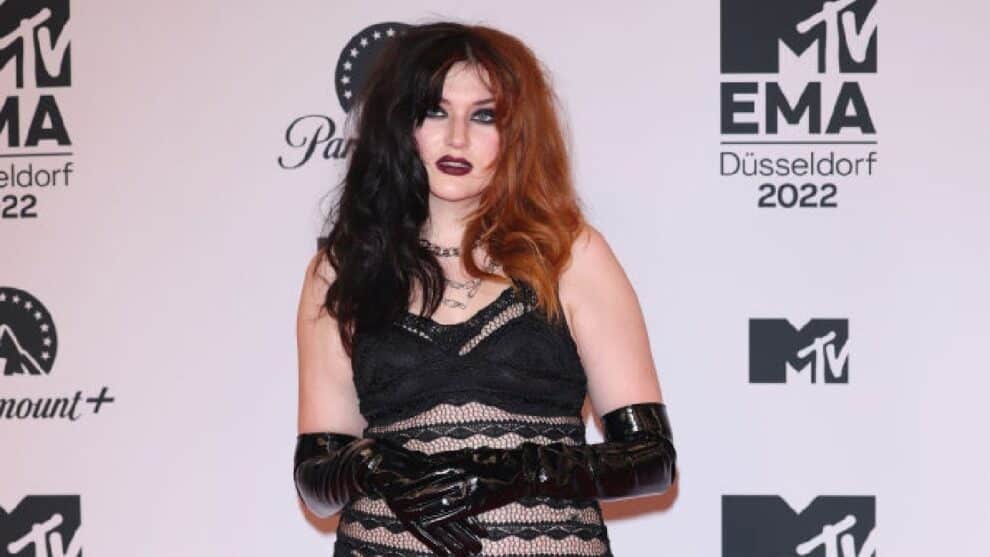 GAYLE couldn’t be more excited to team up with Taylor Swift. ET’s Deidre Behar spoke to the “abcdefu” singer at the 2022 MTV EMAs Sunday night about how Swift asked her to join her upcoming The Eras Tour.

“Obviously I’ve known about Taylor, for forever, like my whole entire life — I can’t remember a time where I didn’t know Taylor Swift,” the 18-year-old singer-songwriter gushed. “Being an up-and-coming songwriter in Nashville, specifically a pop writer in Nashville, I actually got nominated for this award ’10 Songs That I Wish I Wrote,’ and I was one of the 10 songs.”

She continued, “My best friend and I went to the awards show and Taylor Swift happened to be there, and I did a performance and some very cool things happened after that.”

As for her set list for next year’s tour, GAYLE said fans should not expect her to do any T.Swift covers.

“I’m not gonna do a Taylor Swift cover, I feel like for obvious reasons,” she explained. “She does it all great. I can’t do it any better.”

There are a few covers she is considering, however, including “Tongue Tied” by Grouplove and “Becky’s So Hot” by Fletcher.

Swift announced the highly anticipated tour earlier this month, calling it “a journey through the musical eras of my career (past & present!).”

I’m enchanted to announce my next tour: Taylor Swift | The Eras Tour, a journey through the musical eras of my career (past & present!) The first leg of the tour will be in stadiums across the US, with international dates to be announced as soon as we can!https://t.co/KFuqvrhSGopic.twitter.com/eVyTcuW8sK

The poster for the tour features a variety of Swift’s past looks from her hit albums, including her most recent release, Midnights.

The tour is set to kick off on March 17, 2023, in Glendale, Arizona, with 52 U.S. dates listed. Swift noted that the first leg of the tour would be in stadiums across America “with international dates to be announced as soon as we can!”

The 32-year-old singer also shared a series of musical guests who would be joining her on tour, including GAYLE, HAIM, Phoebe Bridgers, Gracie Abrams, beabadoobee, girl in red and OWENN.

“Feeling like the luckiest person alive to get to take these brilliant artists out on tour w/ me,” she wrote. “I can’t WAIT to see you. It’s been a long time coming.”

To see Swift, GAYLE and more at the 2022 MTV EMAs, check out the gallery below.