This Friday and Saturday, the group performs at the
Reventón Súper Estrella festival in Los Angeles 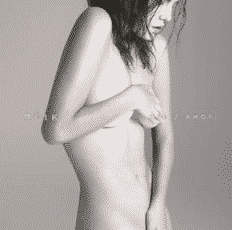 LOS ANGELES, CA. (July 18, 2016) – The Mexican pop trio Reik has stayed at the top of its game for over a decade by taking risks and setting the trends in its genre. That reputation for quality is why pop-music lovers were more than ready for the group’s first studio album in five years. Reik‘s new album Des/Amor (Un/Love) was released July 8 in the United States and Puerto Rico, reaching #1 on digital platforms. And in its first week of sales, it debuted at #1 on the Billboard Top Latin Albums chart.

This album has produced two big hits so far – “Voy a Olvidarte” (I’m Going to Forget You) and “Ya Me Enteré” (I Already Found Out), which is also available in a version featuring the urban-music star Nicky Jam.

The connection between Reik and its youthful fans was palpable at the 2016 Premios Juventud (Youth Awards) which took place July 14 in Miami. Featuring 50’s-style choreography, up-to-the-minute beats, and a confident performance, Reik got the crowd on its feet and became a social media hit with “Un Paso Más (La Bamba).” This version also paid tribute to the influence of the legendary Ritchie Valens, who popularized the song in the United States in 1958.

This Friday and Saturday July 22-23, Reik is to perform at one of Latin pop’s biggest festivals – Reventón Súper Estrella in Los Angeles.

Meanwhile, this group which consists of its original members Jesús Navarro (vocals), Julio Ramírez (acoustic guitar) and Bibi Marín (electric guitar), is publicizing Des/Amor with interviews and promotional events in the United States and Puerto Rico.