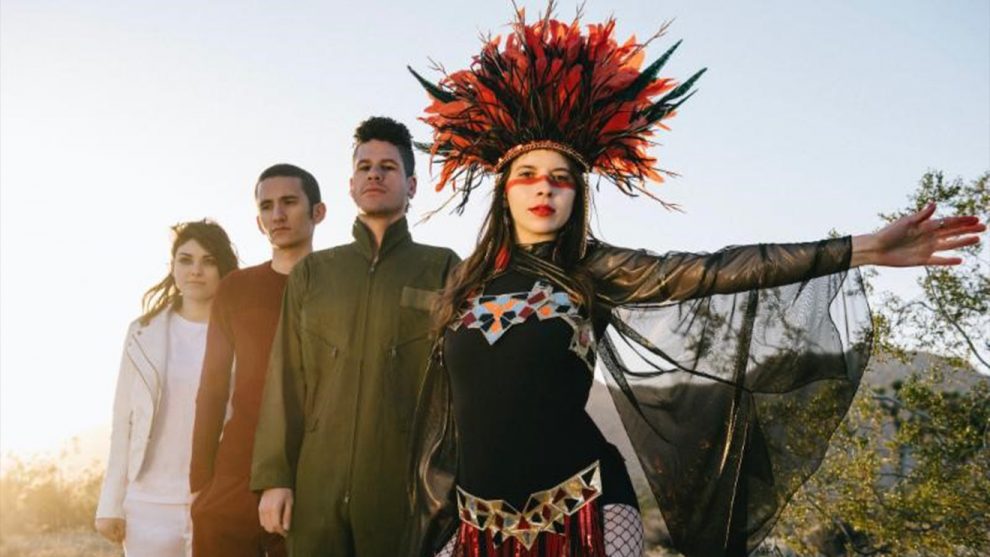 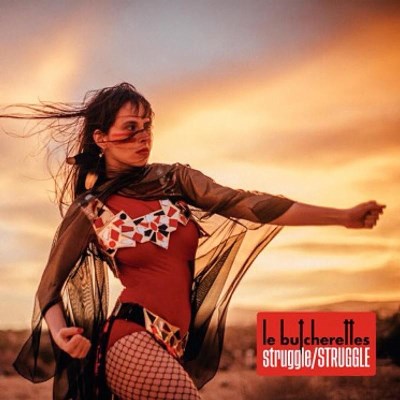 Le Butcherettes recently announced their signing to Rise Records and shared a brand-new single “spider/WAVES”. And today they’ve shared another new song that will be part of their as yet to be announced new album. The song, “struggle/STRUGGLE (bi)”, is available as a three song EP, accompanied by two other versions of the song that are exclusive to the release. struggle/STRUGGLE EP, produced by legendary Talking Heads member Jerry Harrison and mixed by Chris Common, is available now on all streaming sites and a limited run of Flexi Discs that will be sold exclusively at the band’s shows and online at riserecords.com.

Read Teri Gender Bender’s descriptions of all three versions of the song below.

“The struggle is never ending. As a latina woman, the constant battle within a steaming pool of perverted wagging tongues becomes a part of life which on a sadly angled upside only makes for thicker skin… yet none of those struggles can compare to the internal fight of self-versus m/other, m/other versus your world.

struggle/STRUGGLE (bi) -“The other” was trying to get inside to damage me. Since I wouldn’t open the door, it would then begin to bang and bang and continue to bang on the outer walls while yelling outside at the top of it’s lungs that no one would ever love and respect me because I am a “stupid evil girl”. It’s hard to not let “the other’s” words poison you especially when “the other” is a big part of your supposed existence and the very reason why you even breathe.

This take has an eeriness that magnifies the dark & moody moment of when I felt like a little child walking between the destruction of life and death. (It’s also very special to me because Marcel AKA Eureka The Butcher wrote the music of the song, which is a first for Le Butcherettes catalouge).

struggle/STRUGGLE (/MEN)- It is the twin of the song that explore’s the light and the positivity to a dark and miserable existence with an urge of finding a climatic breath. This is the “what if I had opened the door and “the other” and “the self” suddenly embraced in forgiveness” take. Fun fact: The acoustic guitar from Talking Heads’ Stop Making Sense is played in this recording by Jerry Harrison. (It’s also very special to me because Jerry wrote the music to this version of the song on the spot, which is a second for Le Butcherettes’ history).

struggle/STRUGGLE (TAL) – The triplet runt of the song that was born deformed with all its divine eccentricities; the take on this came from exhaling in all the fumes of father dear’s ashes and spitting them back out with a rancid clown-like spite, watching the phlegm slide down the wall as the “other” pounds on it from the other side. The intentions coming from a nightmare that induces sleep paralysis while feeling your body fall without ever landing, inside the mind of a frantic Alice In Wonderland… Teresa in Mother’sland. “

Le Butcherettes have already spent most of 2018 on the road, with an extensive European tour, and yesterday, the band joined Hot Snakes in the US for a run of dates in May. They’ve also just announced a tour with The Flaming Lips in August and a performance on July 14th at Taste of Chicago. See all tour dates below.