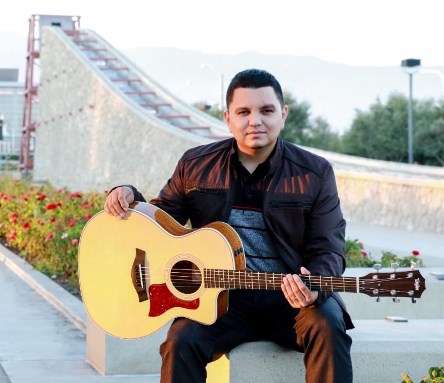 SESAC Latina’s reigning Songwriter of the Year, for three consecutive years, Luciano Luna has written many of Regional Mexican music’s most memorable chart-toppers. Through inspiration and hard work, he has risen to the summit of this competitive and constantly changing panorama. For the Billboard magazine issue dated Feb. 11-17, 2017, Luna is the songwriter of four songs on the Top 10 of the Regional Mexican Airplay chart.

For singles to make it to the Top 10, the songs must receive frequent airplay from radio stations with large audiences. These statistics are tabulated electronically, around the clock, by Nielsen Music. Only the most listened-to and broadly appealing songs across the United States can make it this far.

The four songs and their recording artists are as follows:

This is the first time that Luna has simultaneously placed four songs in the Billboard Regional Mexican Airplay Top 10. He describes this amazing accomplishment as “a dream come true,” adding that he is grateful to the artists who record his songs, the radio stations that play them and the fans who have taken them to heart.

SESAC Latina congratulates Luciano Luna for his recent nomination to the 2017 Billboard Latin Music Awards in the category of “Songwriter of the Year.”