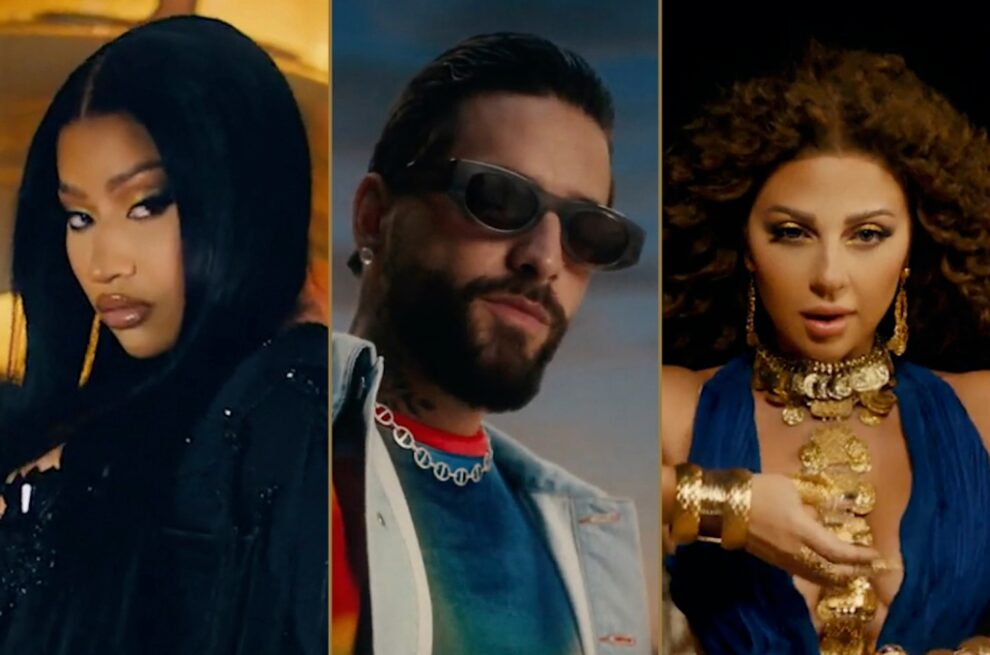 “I am so happy to be part of this FIFA World Cup anthem! I always dreamt of an opportunity like this,” Maluma said in a statement. “Representing Latin music on this global track alongside amazing artists that sing in English and Arabic, takes our culture to another level.”

Fares added: “‘Tukoh Taka’, the song that I was honored to participate in its composition, arrangement, and choreography, made me more passionate about it, in addition to working alongside two of my favorite international artists, Nicki Minaj and Maluma. I truly wish that ‘Tukoh Taka’ will be transmitting the Eastern culture and Arabian music to the whole world.”

On Saturday (Nov. 19), Maluma and Fares will perform the song together live for the first time at the opening of Doha’s FIFA Fan Festival.

This year, FIFA has released a handful of official songs for the 2022 World Cup. The first song was the uplifting track “Hayya Hayya (Better Together)” by Trinidad Cardona, Davido and Aisha, which fuses R&B and reggae influences. The tournament’s soundtrack will feature a multi-song collection, with international artists “showcasing diverse musical genres that span the world, setting the tone for a truly global celebration,” according to FIFA.

The 2022 FIFA World Cup kicks off on Nov. 20 with host nation Qatar’s tournament opener against Ecuador. A total of 32 teams representing different countries will participate. One team will be crowned the World Cup champion on Dec. 18. Who Will Win the Latin Categories at the 2023 Grammys? Our Predictions Who’s Your Favorite Latin Artist to Watch of 2023? Vote!

Kelly Rowland Weighs In on GRAMMY Nominations, Shares Who She Believes Was Snubbed (Exclusive)
Taylor Swift Addresses Ticketmaster’s ‘Eras Tour’ Issues: ‘It Really Pisses Me Off’