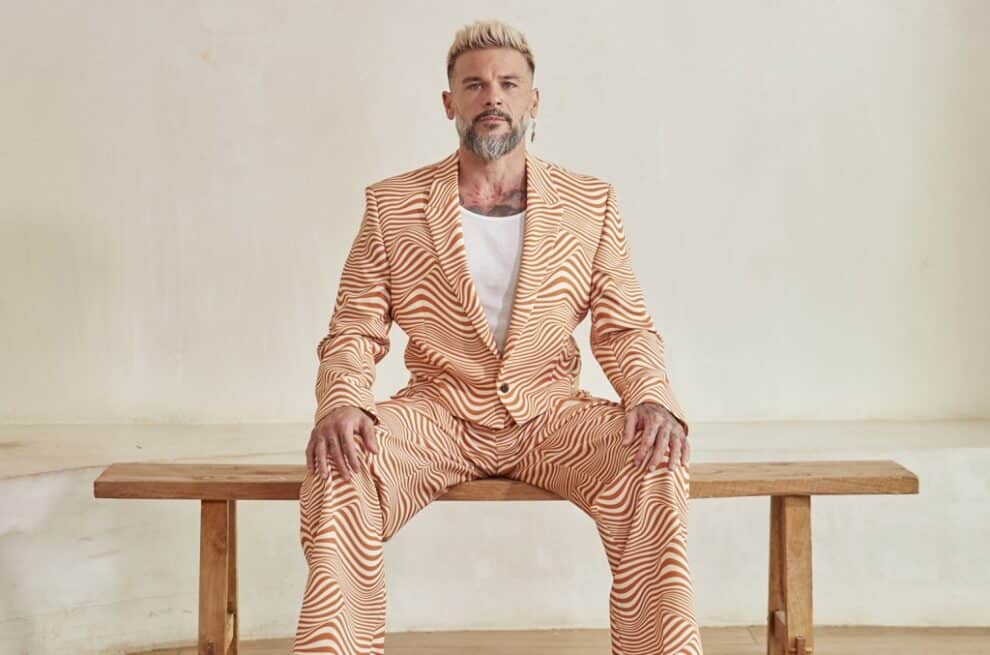 For Pedro Capó, the release of an album always comes full of illusion and joy, the same way he felt when he was planning his latest set, La Neta. The 10-track collection, sonically very diverse, finds him navigating emotions of honesty and vulnerability with the magic of its lyrics loaded with the everyday emotions. He started working on it in 2019, and ultimately created a studio at home due to the global pandemic.

The set includes songs about feeling thankful, including “Gracias,” which invites listeners to give a positive spin to life’s adversities. In “La Fiesta,” he embraces the celebration of life (even after death).

On this new album — which follows his 2020 album Munay — Capó experiments with different musical styles. He kicks off the album with “Hoy Me Siento Cabrón,” in which his powerful vocals rap over an urban rhythm. The song also thrives thanks to killer transitions between alternative rock and hard-hitting perreo beats that are laced with his sensual, raspy vocals.

Below, Capó shares in his own words the stories behind five of the essential tracks on La Neta.

“It was a very fun day in the studio! This song was born from the musical influences of my eldest son, and we began to play with a very ’90s bass line, a little bit of alternative rock, without forcing this idea we had. It was about connecting with myself and that day, me sentía bien cabrón [I felt bad ass].”

“For me, it is a very important song. One of the most honest that I have done at the level of composition on any of my albums. And it comes from having already processed all the ups and downs that touched me personally and have touched us in these intense and changing years. So, to talk a little about sadness and loneliness, I tell it from my perspective and reality. It comes first from wanting to vent in a healthy way, and second, connecting and bringing those difficult conversations to the table — mental health, sadness, loneliness, and how we can alleviate these realities that touch us all.”

“It is a personal story that I keep in my heart. I also like to share songs that do not have a ‘traditional’ or ‘specific label.’ It’s OK when things happen between two people after consent if you find a healthy and fun space above all.”

“It is an important song, born from another exploration with my son after watching a documentary about a Polish artist who had gone through a holocaust, many difficulties and the importance for an artist to create from his fears. It was an exploration I had not done before, and I sought to connect with death, strive to lighten that conversation, and put a little humor behind it. I also look at it from the point of view that it’s an invitation to celebrate life and live it to the fullest because the end, it’s up to all of us.”

“It is a very special song, a reality we all have been through. That call at 2 a.m. or 3 a.m. when something is over, but at the same time, it’s not over yet and we want to have a little more and all the feelings that flourish when we’re in those situations.”