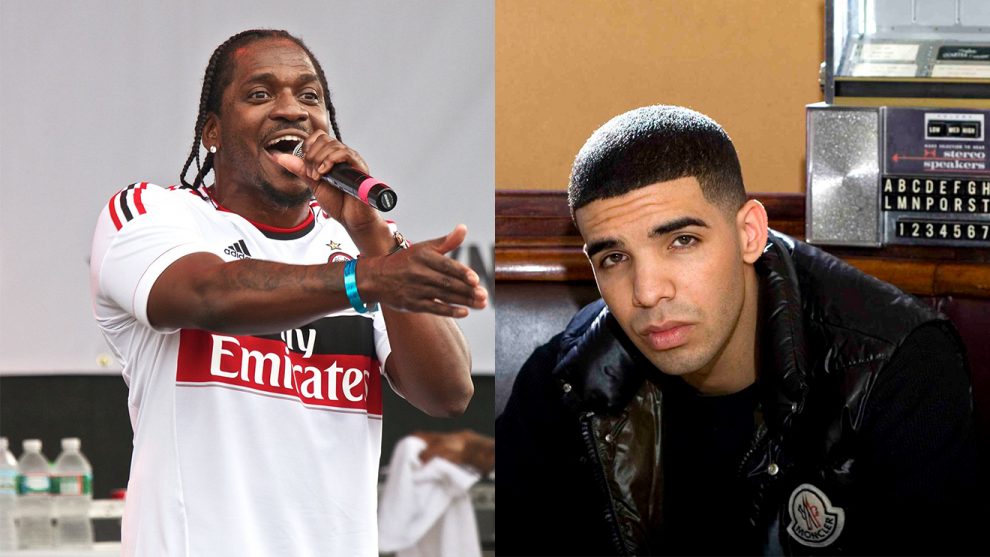 Pusha-T is keeping Drake on his toes this week with a fiery new diss track aimed squarely at the OVO Sound magnate, whom he refers to as a “deadbeat” dad amid shots at his family.

Hot 97’s Funkmaster Flex premiered the song, titled “The Story of Adidon,” Tuesday evening. “You mention wedding ring like it’s a bad thing,” Pusha snarks over the beat from Jay-Z’s “The Story of O.J.” “Your father walked away at 5, hell of a dad thing.”

The artwork for the single appears to show Drake in blackface makeup, a photo Pusha later explained came from a real photo shoot the rapper did with photographer David Leyes.

Pusha reignited a long-dormant beef with Drake last week on “Infrared,” a scathing diss track that capped his new Kanye West-produced album, Daytona. In that track, he went after Drake for employing ghostwriters and relying on gimmicks as opposed to legitimate musical skill to score hit tracks.

Drake was quick to retaliate, firing off the “Duppy Freestyle,” which came less than 24 hours after “Infrared.” The track had Drizzy dissing West for employing his own team of ghostwriters and, most brutally, suggesting that the freestyle was going to help Daytona sell better simply by acknowledging it: “Tell ’Ye we got an invoice coming to you / Considering that we just sold another 20 for you.”

Pusha later asked Drake to send the invoice; he obliged.

Now, Pusha’s regained the upper hand, getting unprecedentedly personal in his takedowns of Drake on “The Story of Adidon.”