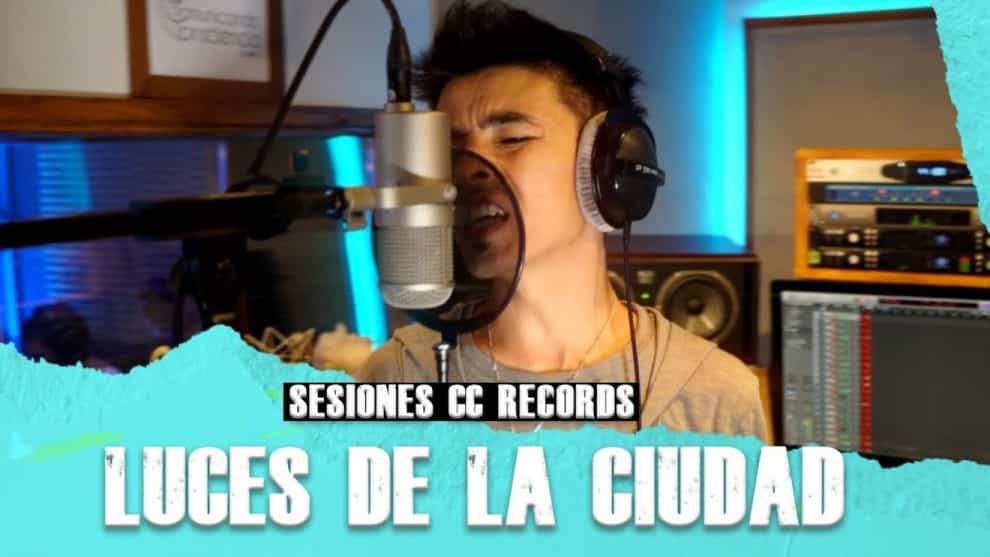 The sessions were recorded at CC Records studios in
Mendoza, Argentina. The group will release two sessions each week leading up to the release of their new album

Los Angeles, CA (May 18, 2021) — Zona Ganjah, one of Chile’s most successful reggae and hip-hop band in Latin America, led by frontman, Jose Gahona release today their latest video content of live recordings. For years the band has been playing their repertoire worldwide at shows, the songs have morphed into different versions throughout the years very different from the originals but with a unique stamp for their live sound.

Both the music and the video content were recorded live in a session at the studios at CC Records in Mendoza, Argentina where the group managed to transmit the energy that they are known for at shows. In these live video recording sessions ZG brings to life songs like, Mi Flow, Me Despojo Del Mal, Luces De La Ciudad, Dicen y Dicen and Qué Será De Mí, among others, which reference some of the most fundamental songs within their discography such as Con Rastafari Todo Concuerda and Poder.

Zona Ganjah will be releasing two videos a week, on Tuesdays and Fridays exclusively on Zona’s YouTube channel, beginning on May 18 and ending with the release of the new album. The album will be distributed worldwide with Faro Latino and will be available on all digital platforms.

About Zona Ganjah:
Zona Ganjah was formed in 2003 by Jose Gahona (vocalist, composer and producer), who, after spending time searching, learning and experimenting, managed to bring his idea to life… An independent and self-managed project whose objective was to make “conscious” music, showing a different reality to that posed by the system in the mass media, spreading this message through free communication channels such as the Internet and heavily relying on the support and word of mouth of the people.

In 2019, at the height of their career, before the Pandemic, the band performed on the main stage of Vive Latino in Mexico, had a consecrating performance at the legendary Rock Al Parque festival in Colombia, and released their seventh studio album “La Busqueda” “which was officially presented in BsAs before 2,500 people. The band also toured several Latin American countries, such as Costa Rica and Chile where performed at the legendary Caupolicán Theater in Santiago.

In 2020, due to the pandemic, the group had to postpone its first tour in Spain and various dates in Latin America. Aside from this the band has always been active touring and in November released the video for the song “No Existe Fronteras” and then released “Expandiendo Fuera De Mí” the following month. At the end of December they released “Sesión Acústico En El Bosque”: five songs recorded and filmed live in the middle of the forest in the mountains of Mendoza, with the participation of ZG musicians and guests. The material captures a magical moments they relived from all periods of the bands career played around the fire.

The band has been a hundred percent independent for 18 years, has seven studio albums, a live DVD / CD, an acoustic EP, has participated in the most important festivals in Latin America, and more than 6 million followers combined across their social media platforms from all over the world (source Soundcharts.com) endorse Zona Ganjah as one of the most important and popular reggae Spanish-language groups around.