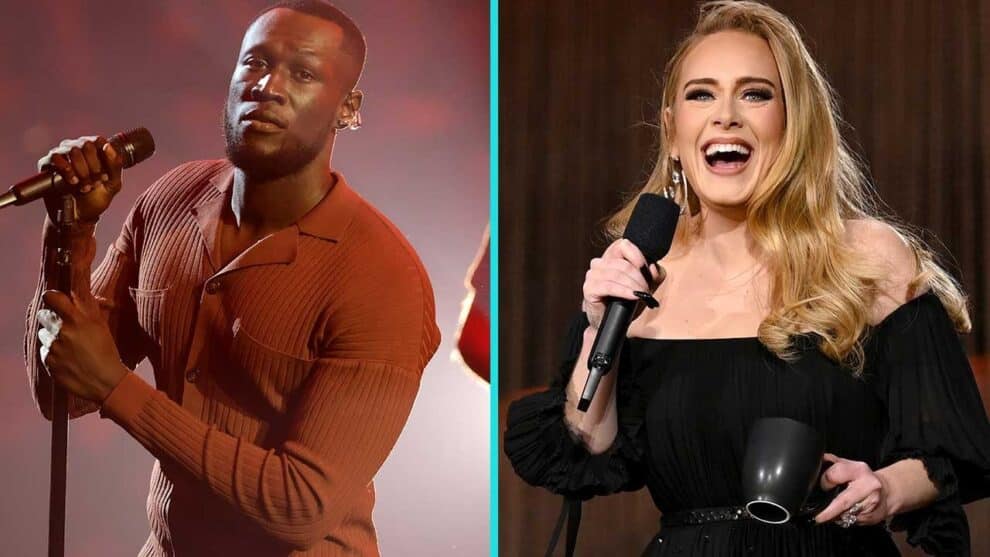 A big fan and a bigger friend. After long being an outspoken champion of Adele, British artist Stormzy is opening up about their enviable friendship.

The “Hide & Seek” artist walked the carpet at the 2022 MTV EMAs, at the PSD Bank Dome in Duesseldorf, Germany, on Sunday, and he spoke with ET’s Deidre Behar about their well-documented friendship.

“As anyone knows, from before I even knew her, I was a fan,” Stormzy explained.

When asked about what made them so close, Stormzy pointed to Adele’s undeniable charisma, likeability and innate goodness.

“I think everyone just knows that the woman they see is as remarkable in real life as when the cameras are rolling,” Stormzy explained.

As for what a Stormzy-Adele hangout might look like, he said it’s just as one would expect.

“Real normal conversations that you have with a friend. Nothing headline-grabbing,” he said with a laugh. “Just, that’s my family. I love her, yeah.”

And when it comes to Adele’s long-awaited forthcoming Las Vegas residency, Stormzy confirmed that he will be there, cheering her on right from the start.

Meanwhile, it was Stormzy’s time to shine on Sunday, with his own performance at the MTV EMAs, and the artist admitted, “I’m feeling good, you know? I’m just excited to perform.”

He’s equally excited to be on the precipice of dropping his new album, “This Is What I Mean,” later this month, and he teased that fans are “gonna see my soul.”

“I’m baring my soul. As I always do,” Stormzy teased. “I’m excited for everyone to hear the whole album in its entirety. Sit down, put your headphones in and listen, yeah.

For more on Adele, check out the video below.