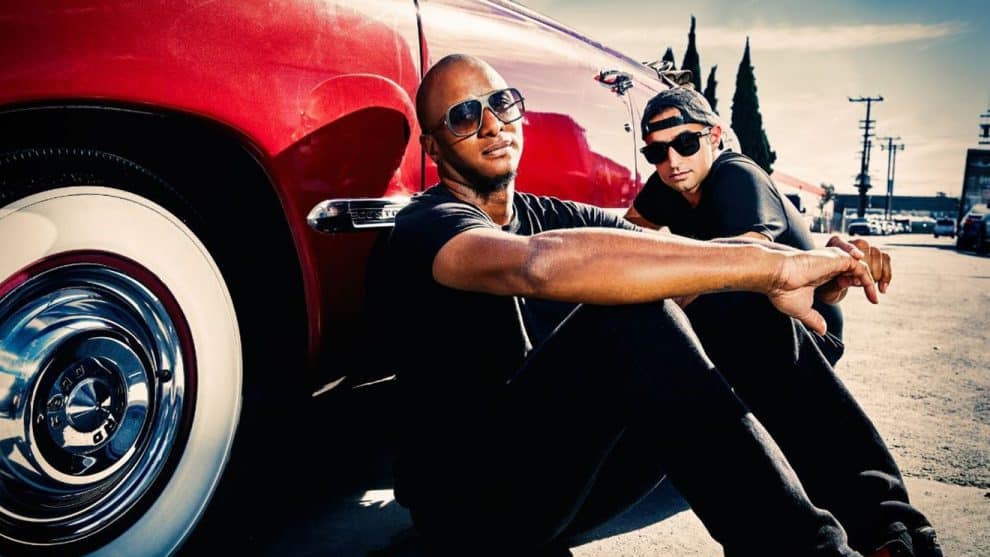 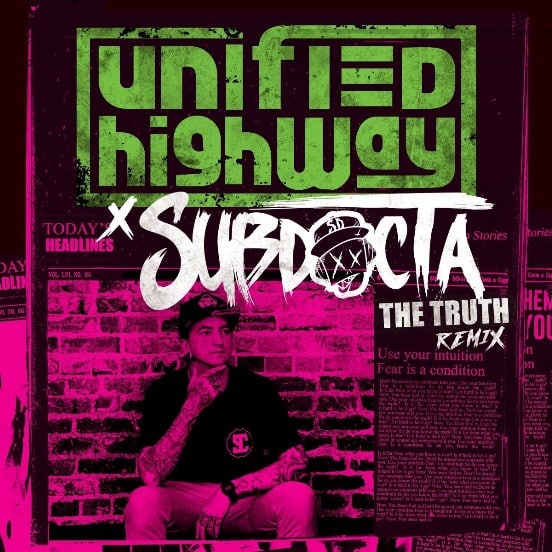 OUT NOW VIA EASY STAR RECORDS

Unified Highway – comprised of Rebelution vocalist/guitarist Eric Rachmany and producer/DJ/ remixer Amp Live (formerly of Zion I)—has just dropped a bass-heavy remix of “The Truth.” The song was remixed by SubDocta, who has been quickly establishing himself as one of the most in demand remix producers and DJs in the bass music scene. The original track is from Unified Highway’s critically acclaimed sophomore album, Headlines, which was released in 2020 on Easy Star Records. Considering the song’s lyrics and intention, there couldn’t be a better time for this remix to arrive than during the final week of the Trump presidency, a period that saw an unprecedented and scary shift towards misinformation and outright lying coming from the people in charge. Listen to, and download, the single (here).

SubDocta, born Preston Charles, exploded onto the scene in 2017 with the wildly successful single, “2009 Was Tight,” which led to touring and performances at some of the genre’s biggest festivals in the country, including Valhalla, Big Dub, Lucidity, The Untz, Enchanted Forest, Infrasound, and SnowTa. His recordings have topped Beatport’s Dubstep Top 100 and made him a favorite of the U.S. bass community. SubDocta works his signature style of wobbly bass combined with infectious synth stabs, while keeping all the right elements of the original intact. “The Truth (SubDocta Remix)” is sure to get dancefloors lit when events return, but in the meantime, fans will surely be nodding their heads and dancing hard on their own, while in quarantine.

“I have been a longtime fan of SubDocta,” says Amp Live. “I wanted SubDocta to do this remix, because he is the best electronic producer I know of that combines organic and electronic elements.  I thought he would keep the integrity of the original, while pushing the song further left.”

The album version of “The Truth” is a spaced out, dubby song that demands truth during the age of misinformation. Eric Rachmany states, “That was one of the last songs we wrote for the album. It couldn’t come at a more relevant time considering all the different statistics and statements being presented by our government and media. It makes you wonder what is truly factual.  Even without many lyrics, this song tells its own story instrumentally.”

Headlines came at a time of great uncertainty, heightened fear, and prejudice in the world. “On top of the overall sound, we really feel like the lyrics need to be heard at this time,” says Eric. “There’s too much negative and hateful speech regarding minorities. We’re here to provide a new message that WE think should be in the headlines and that is to embrace our differences. We want to focus more on what different people bring to the table instead of highlighting what they do wrong.”

Reflecting back on the recent album, Eric comments, “I think the reason why Unified Highway resonates with people is because the music represents inclusion. People from all different backgrounds can get down with this music and lyrical content.”

“Rebelution frontman Eric Rachmany teamed up with respected DJ and producer Amp Live for a genre-shattering project, Unified Highway.” – Run The Trap
“Amazing.” – Electric Sloth
“When word first came out that Amp Live and Eric Rachmany (Rebelution) were teaming up for a new project, the excitement was full throttle.” – Rootfire
###