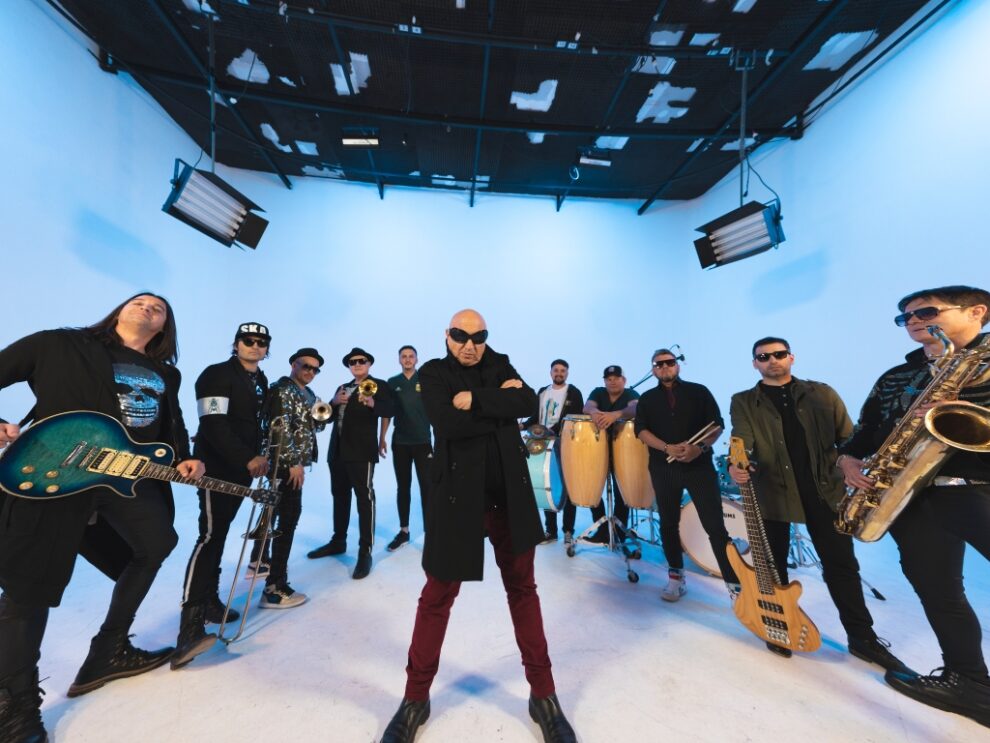 Following Argentina’s nail-biting 2-0 win over Mexico during the 2022 FIFA World Cup in Qatar on Saturday (Nov. 26), social media was flooded with clips of the team singing triumphantly in the locker room. The song is “Muchachos, Ahora Nos Volvimos a Ilusionar” (which translates loosely to “Boys, We Have Our Hopes Up Again”) by La Mosca, the Argentine nine-piece band that plays a blend of ska, rock and pop, laced with tango pathos.

“Muchachos” has been on global fans’ radar ever since striker Lionel Messi, widely regarded as the best soccer player in the world, claimed during an interview with an Argentine channel earlier this year that it was his favorite soccer song amongst dozens — and actually sang a bit live. On Saturday, after Argentina averted disqualification from the World Cup with its two goals, one scored by Messi himself, the song was again on the spotlight, and very appropriately so. After all, it mentions Messi in the opening line: “I was born in Argentina, land of Diego and Lionel, of the kids from the Falkland Islands, whom I’ll never forget.”

But it didn’t use to. Originally titled “Muchachos, Esta Noche Me Emborracho” (“Boys, Tonight I’ll Get Drunk”), it was a heartbreak song written in 2003 by La Mosca lead singer Guillermo Novellis and Sergio Cairat. In July 2021, fan Fernando Romero wrote new lyrics celebrating Argentina’s road to the final of Latin American soccer tournament Copa América. A chance encounter with a camera crew outside the final in Brazil made the song with new lyrics go viral, and caught the attention of Messi and his teammates.

It also caught the attention of Novellis and La Mosca, who recorded and released the new version (where Romero gets credit) just two weeks prior to the kickoff of the World Cup. Billboard caught up with Novellis, who, like Messi, is celebrating his high hopes.

Billboard: “Muchachos” is a rather melancholy song. Are you surprised it’s become a soccer anthem?

Guillermo Novellis: It’s a song that has a lot of tango in its lyrics and melody. But like all La Mosca songs, it’s put in a rhythmic, danceable context. Some five, six years ago, a local team Racing Club adapted the lyrics, and then, other clubs did too. But this version started with Copa América, and the new lyrics are really good. They have to do with our frustrations, our success, our hopes, the Falklands, finals lost and finals won. And of course, the hope of being champions again. Maybe that’s why it resonated so much with fans and players.

You released this new version the week prior to the World Cup. When did you decide to re-record the song?

If was something that our manager Santiago Ruiz pushed. We recorded it, and then a couple of weeks before the World Cup, they interviewed Messi and asked him what his favorite song was. He said “Muchachos” and actually sang it. I mean, it’s like arriving in Rome and being introduced to the Pope.

Do you personally know Messi?

Yes. We’ve seen him several times and even played for his birthday party when he turned 20. We’ve crossed paths several times. I can’t say we’re friends, but we’ll likely be from this moment on.

Just last week, Argentina lost against Saudi Arabia. Had you lost on Saturday, you would have been out of the World Cup. How worried were you?

We were all thinking about that match. But things have a way of shaking out. The World Cup is very short, and I want to win every game. You can only lose one match. And Argentina lost it at the very beginning. Argentina was coming from a great run, winning every single match they played, and maybe that bucket of cold water got our pride up again. There’s always a silver lining. Soccer is a marvelous sport and it doesn’t respond to statistics, like tennis or American football. With the band, we have a little mantra: We wish each other a Merry Christmas, because if it’s merry, it means everything fell in place.

Do you think Argentine fans are different from other fans?

I really do. We see it not only in soccer but also in music. The Argentine fan isn’t happy just being a spectator; he wants a starring role, from the stands, from the audience. And that’s great. As far as soccer goes, every single person in Argentina has played soccer at some point in their lives.

You’re in the middle of a tour. Will you also perform in Qatar this year?

That all depends on whether or not we have a Merry Christmas!

Watch the new version of “Muchachos” below.