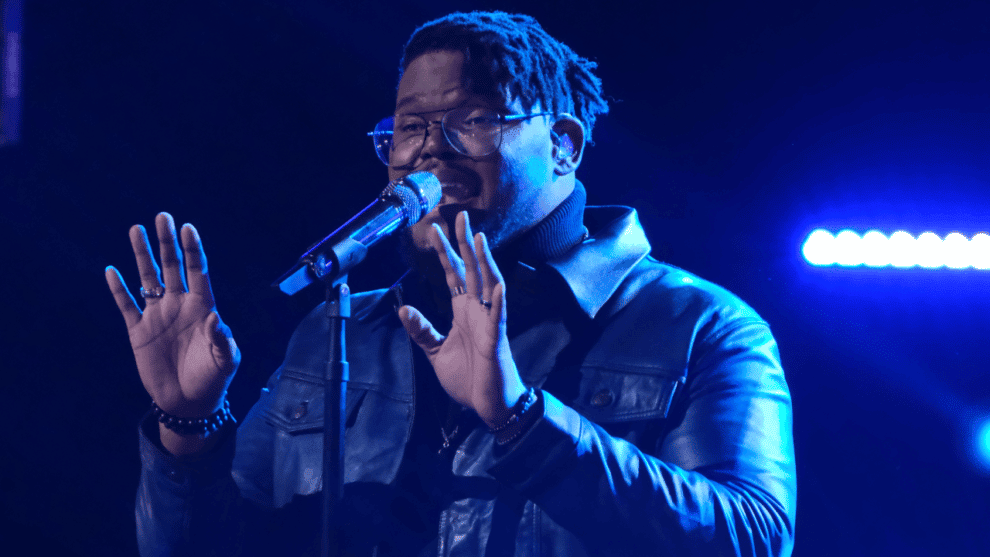 The 34-year-old Kansas native took the stage during Monday’s Top 10 live show to perform “Just Once” by James Ingram and earned himself the rave reviews of all four coaches — and some of their parents too!

“My mother made it clear that she’s voting for Team Legend… and Justin Aaron,” John Legend admitted.

Justin also earned praise from his coach Gwen Stefani, who said her parents are also pulling for him. “They’re voting for you all day along, and I think all of America’s going to vote for you,” she raved during the live show. “You are a master.”

When ET caught up with the coaches ahead of season 22, John admitted that “everybody’s got really good team members” this season, making for some “tough” competition. However, he and Gwen — returning to the show for the first time since she and Blake tied the knot — agreed that they’re working hard to make sure “The Cowboy” doesn’t get to add another trophy to his mantel. ‘The Voice’: Kique Delivers a ‘Flawless’ Performance Despite Missing Top 10 Live Show
Which Latin Song or Album Should Be Added to the National Recording Registry in 2023? Vote!