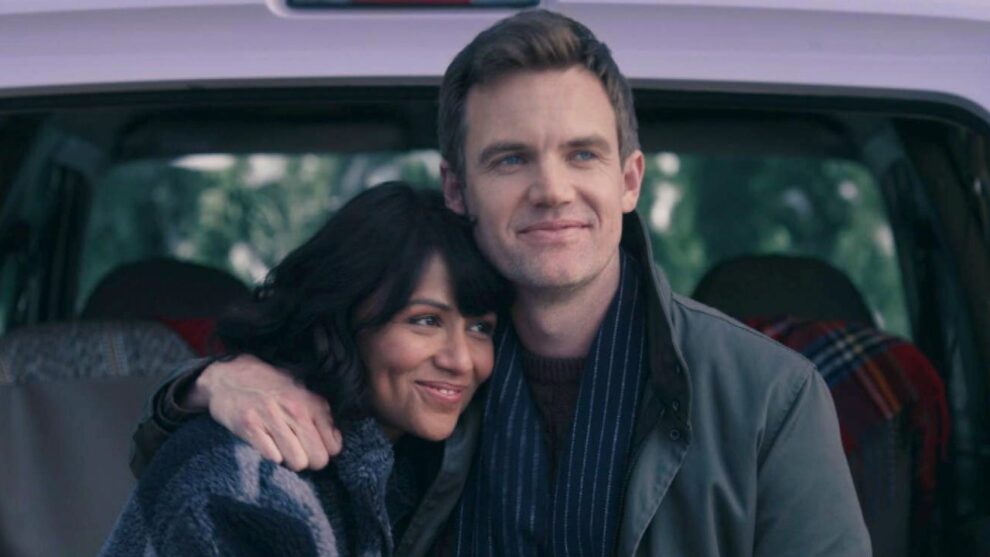 Sheryl Crow is getting into the holiday spirit. The singer-songwriter executive produces the upcoming CBS holiday movie, When Christmas Was Young, which features a new title song she wrote, and only ET exclusively premieres the official trailer.

Starring Tyler Hilton and Karen David, the Nashville-set movie follows a headstrong music manager, Luke Dawson (Hilton), in desperate need of a hit song for his last remaining client, who finds himself falling for Melody Douglas (David), a gifted singer-songwriter with abandoned dreams of making it big, as he attempts to secure the rights to a Christmas song she wrote years ago.

The trailer sets up the cat-and-mouse game Luke and Melody go on as he tries to persuade her to give him her song. Though she makes it abundantly clear that she’s not interested in helping him in any way, Luke turns on the charm as she turns him down time and time again. “Challenge accepted,” he says as he charms her friends and family.

When he asks why she’s “no longer pursuing a career in music,” Melody tells him without actually answering the question that “that part of [her] life is over.” As she explains, being a single mother raising a young daughter means responsibilities that go far beyond a song.

Of course, it being a feel-good holiday movie and all, the mutual attraction between the two is enough for one of Melody’s friends to comment about it.

“I wish that you’d believe in your gift as much as I do,” Luke tells Melody in a sweet moment in the trailer.