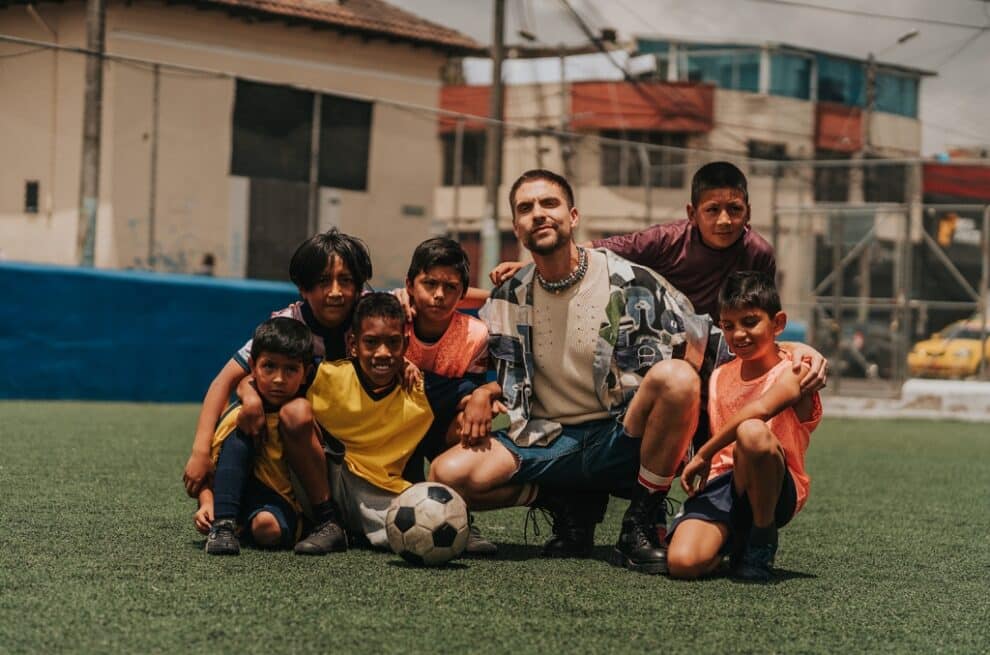 In honor of the 2022 FIFA World Cup in Qatar, which kicks off Nov. 20, Billboard has reached out to Latin artists who are big fútbol fans to ask what the sport means to them. For our second installment, we spoke to Ecuadorian pop singer Johann Vera, who is a self-declared soccer aficionado and is ready to support La Selección Ecuatoriana during the tournament. Below, read Vera’s “What Fútbol Means to Me,” as told to Billboard.

My first memory with soccer, now that I’m thinking about it, was in Guayaquil in my house. I liked playing it in my backyard. I have to be honest, I’m not the biggest soccer fan but I understand the euphoria it causes and I’ve lived it, and I think that the feeling doesn’t compare to anything else. I remember that for Ecuador’s first World Cup in 2002, I was about six years old, and remember hearing the entire city screaming “goal” and celebrating. That emotion of seeing an entire country united is not produced by anything else. The country could be facing a bad situation but that goal changes everything.

I’ve always wanted to do a song for my country and I thought it was very important to bring that patriotic feeling. I feel that being an Ecuadorian artist living in the exterior, you realize how important and magical your country is. Ever since I began my career, I had my country and flag very present in everything I do. I worked on “Donde Nací” by myself — it’s a gift that I wanted to give to my country. This song, and the World Cup, bring positivity and joy to my country.

Once the song was done, I wanted to send it to the Ecuadorian Football Federation to see different ways I can promote it. Everyone loved the song but it was too late, and that’s when I changed the song’s chorus to: “They tell me no, I say yes, that’s how we are where I was born.” I believe that I owe this spirit of perseverance 100% to my country. I released the song only on social media, and a lot of people in my country began reacting to it and creating content with it, and I felt, at that moment, that I already won.

I’m a fan of la tri, of my team, because they represent my country. I feel that living in the exterior, your flag weighs more. I may not be the biggest soccer fan in the world but if la tri is playing, I’m there.

I’m confident that this will be the best World Cup for Ecuador. Winning the entire tournament may seem so unreachable, but why not? We have an incredible team. If Ecuador were to win the World Cup, it will signify so much. Going beyond fútbol, I think it will change the situation in our country and will mark a rebirth.