MTV invites you to celebrate in the concert +1 the VOTE
With the incredible backdrop of thousands of young people, many voting for the first time and celebrating democracy.
With the special performance of FAT JOE, LAUREN JAUREGUI, PRETTYMUCH

WHAT: Special concert in Miami after the closing of the elections where MTV will promote the participation of the youth through more than 1000 election parties divided by 50 states and in Miami with this concert.
WHO: Fat Joe, Lauren Jauregui (Fifth Harmony), PrettyMuch, DJ Nasty and more!
WHEN: November 6, 2018 from 7-10pm.
WHERE: Miami Dade College

MTV to Supercharge Youth Participation Through
More than 1,000 Election Parties Across All 50 States 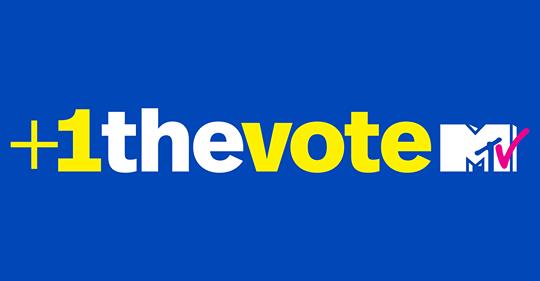 MTV will harness the power of friendship and unveil “+1 the Vote,” its first-ever voter campaign to ignite the most powerful voting bloc in the country for the midterm elections.

Based on research which suggests that social influence is a strong motivator in voter turnout, the cornerstone of the campaign is the +1 the Vote Registration Tool, a first-of-its-kind digital experience which will allow young people to register to vote, identify which of their friends aren’t registered to vote, and encourage them to register and join them at the polls on November 6th. Additionally, MTV will encourage its audience to vote together by supercharging youth participation with more than 1,000 parties and events at the polls across all 50 states.

“Our audience relies on their friends in both the smallest and most meaningful moments in their lives,” said Chris McCarthy, President of MTV.  “+1 the Vote is designed to draw on the power of friendship to turn out the youth vote and impact this critical midterm election.”

“+1 the Vote” launched with an all-new promo spot featuring Jared Leto, Lauren Jauregui from Fifth Harmony, Fat Joe and Adam Rippon introducing the campaign, a website, and the +1 the Vote Registration tool. In the months leading up to the elections, “+1 the Vote” will expand to include content across MTV, its digital platforms, social channels; ongoing coverage from MTV News; and partnerships with leading artists and activists. MTV worked with a number of non-partisan organizations to bring “+1 the Vote” to life, including the Ford Foundation, Alliance for Youth Organizing, CIRCLE, part of Tisch College at Tufts University, Democracy Works’s TurboVote and #VoteTogether.

“+1 the Vote” was developed based on MTV/AP-NORC research showing that young people feel a renewed sense of empowerment in their ability to impact politics — 48% of 15-22-year-olds feel they have at least some effect on the government, up from 33% in March – and that friendship is a powerful driver of voter turnout. Additional MTV research found that that 76% of young people think inviting friends to the polling station is an effective way to encourage others to vote, while 70% think posting about voting on social media is also effective.