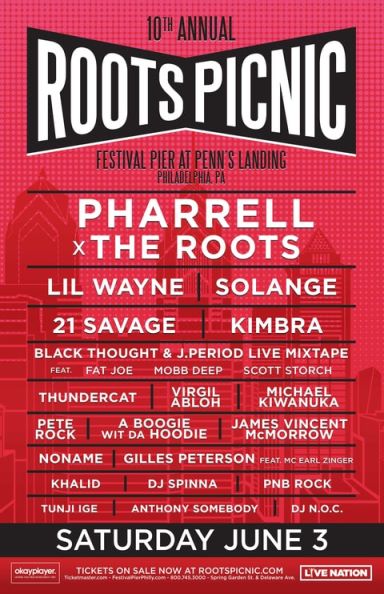 “This definitely speaks to the staying power of the Roots and the uniqueness of the Picnic as a good festival,” the Roots’ Tariq “Black Thought” Trotter told Philly.com. “Not many music festivals last, have a 10 year run or hold such validity and stay consistently good-and-getting better.”

Tickets for the Roots Picnic are on sale now; check out the festival’s site for more information.

As with previous Roots Picnics, Black Thought will also lead a 5K charity run for the morning of June 3rd, with proceeds benefitting the GrassROOTS Foundation.

As noted by Questlove on Instagram, the lineup leaked earlier than expected: