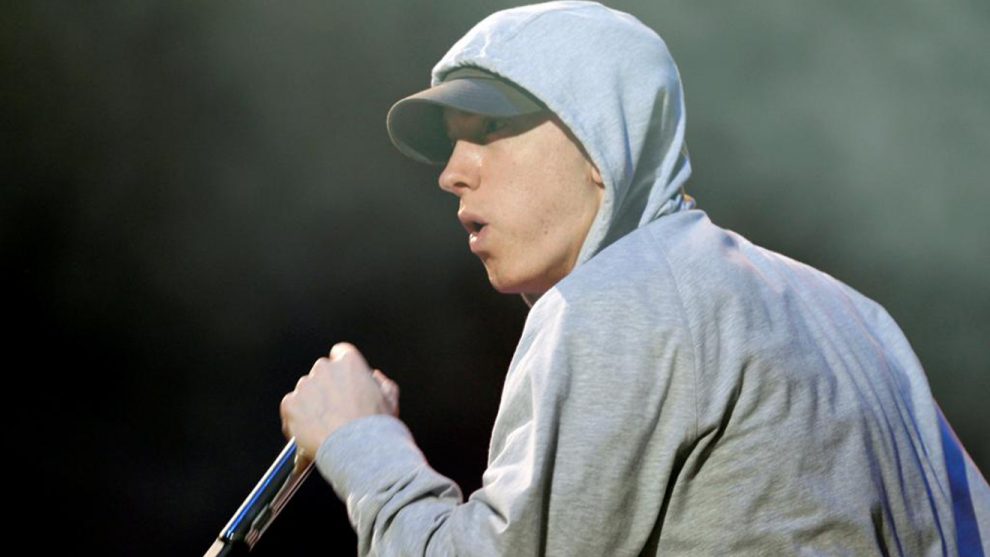 Eminem earns his ninth No. 1 on the Billboard 200 albums chart (dated Sept. 15), as Kamikaze opens with 434,000 equivalent album units, according to Nielsen Music, and 11 tracks from the surprise set (released without warning Aug. 31) debut on the Billboard Hot 100.

Plus, with both songs debuting in the top 10, Eminem becomes just the fifth act to have bowed multiple songs on the top 10 simultaneously.

Eminem becomes the ninth act to tally at least 10 songs on the Hot 100 in a single week in 2018, joining Cardi B, J. Cole, Drake, Logic, Migos, Post Malone, Travis Scott and Ariana Grande.

With 11 additional Hot 100 entries, Eminem ups his career total to 72, tying Future for 13th place for the most in the chart’s 60-year history (as he passes, among other totals, The Beatles’ 71). The Glee Cast leads all acts with 207 appearances, while runner-up Drake holds the record among soloists with 187.