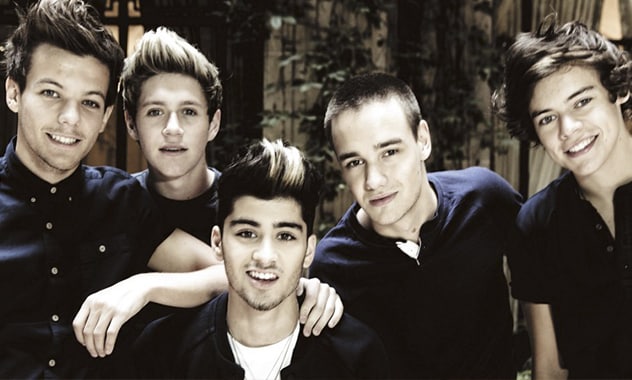 Big news for all you One Direction merch fans out there as the lads have just announced that they’ll be releasing a special edition vinyl of Midnight Memories to celebrate Record Store Day on April 19th. Yeah we know, it’s gonna look bloody incredible on the shelf in between your One Direction onesie and Taylor Swift prayer candle.

Frankly it’d be worth buying it just to ogle the AWESOME new and never-before-seen artwork.. 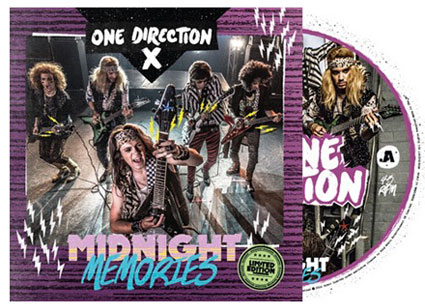 Yes, that is Louis, Liam, Niall, Harry and Zayn in wigs.

As well as the totally snazzy artwork and the exclusive new pics of the lads all dressed up as 70s rockstars inside, the tracklist includes Midnight Memories and a special live edition of Rock Me, that’s taken from This Is Us. You might need to get yourself a record player (or at least get your dad to get his old one out the loft) in order to play it, but seeing as they are going to be totally exclusive with only a limited number released, it’s definitely a collector’s item in the making.

As it’s all in aid of Record Store Day, you are actually going to have to get your bum out of the house and head down to your local independent record shop to get one, which also means that these won’t be available to buy online at all. The list of stores selling the special edition hasn’t been released just yet, but keep your eyes peeled on 1D’s Twitter and Facebook for all the details.

Now, let’s do some air guitar and dodgy dad dancing to celebrate… Did you hear? This celebrity got their inside lip tattoo’d
This newly voted EU proposal will Hopefully makes its’ way World Wide