Good news for cord-cutters: NBCUniversal has said it will offer an 11-hour free digital video stream of this year’s Super Bowl, including pre-game coverage, the halftime show, and even an episode of “The Blacklist” following the big game. The stream, which will be offered for free, will begin at noon on February 1st and then wrap up at 10 PM ET that evening.

However, NBC doesn’t have the rights to live-stream on smartphone devices – which the NFL has given exclusively to Verizon Wireless – NBC’s “Super Stream Sunday” event will only be available on desktop computers and tablets.

The content will be made available to viewers via NBC Sports Live Extra, and the Sports Live Extra app for tablets as well as via the web. Sites including NFL.com and SuperBowl.com will also point to the stream. Most importantly, viewers will be able to watch the stream for free without the usual step of having to login and authenticate with their pay TV subscription credentials.

According to NBC execs, the plan is to use the Super Bowl event and all the eyeballs it brings to promote the industry-wide effort called “TV Everywhere,” and NBC’s own TV Everywhere offerings. NBC last month had announced its plans to further develop and expand its TV Everywhere-powered streams in 2015, which began with 24/7 live streaming of content from NBC-owned stations.

The network owns stations in major markets, including New York, LA, Boston, Chicago, Philadelphia, Dallas-Fort Worth, San Francisco, Washington D.C., and Miami-Fort Lauderdale. However, NBC said at the time it would be onboarding new NBC affiliates as soon as possible, which would make the network’s content available for streaming to more users throughout the U.S. this year.

During the Super Bowl stream, NBC will advertise its TV Everywhere services, explaining to viewers after The Blacklist airs how easy it is to authenticate in order to view other content in the future.

“We are leveraging the massive digital reach of the Super Bowl to help raise overall awareness of TV Everywhere by allowing consumers to explore our vast TVE offering with this special one-day-only access,” said Alison Moore, g.m. and exec VP of TV Everywhere for NBCU in a release.

NBC Sports Live Extra was the first product to ever live stream a Super Bowl game when it offered the Super Bowl XLVI stream to viewers on February 5, 2012, NBC also notes when announcing this news. The move to live stream the Super Bowl continued afterwards, even when other networks like CBS and FOX scored rights to air the game over the past couple of years.

This year’s stream event is notable, too, because it marks the first time that NBC has gained the rights to live stream the Super Bowl halftime show, which is set to include performances by Katy Perry and Lenny Kravitz.

In addition, says Variety, the live stream will include advertisements sold exclusively for digital viewers, combined with some that are airing in the linear TV feed. These ads will also be made available for viewing separately on NBC.com, YouTube and Hulu.

Last year, viewers on YouTube watched more than 6.3 million hours’ worth of Super Bowl ads, said YouTube. The site is now offering a dedicated URL (http://youtube.com/adblitz) for smartphone, tablet and desktop viewers who, over the next month, are interested in checking out all the Super Bowl ad-related entertainment. 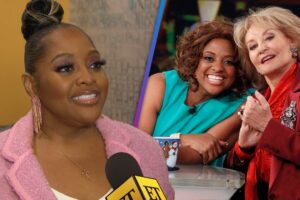 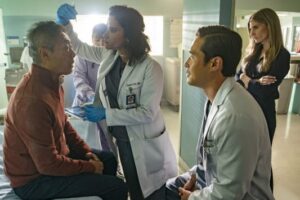 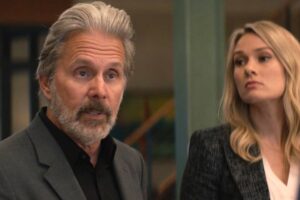