Although Tom Holland, the Marvel cinematic universe’s new Spider-Man, hit the red carpet for today’s Captain America: Civil War premiere earlier tonight, it seems he immediately boarded a plane and flew to Las Vegas to surprise the crowd at CinemaCon 2016. There, as part of the Sony Pictures presentation, Holland helped announce that next summer’s solo Spidey film has a title. As has been rumored for a few days, the July 7, 2017 release will be titled Spider-Man Homecoming.

.@TomHolland1996 reveals the title and logo of #SpiderMan: Homecoming during #SonyAtCinemaCon pic.twitter.com/syuGSJm0KH

“It really is a homecoming,” Holland told the crowd, “because, throughout the movie, Peter is trying to find out who he is and where he belongs in this world.”

Earlier this week, Marvel Studios President Kevin Feige teased that Spider-Man Homecoming will feature characters from throughout the MCU. Fans will get to see Holland’s webslinger interacting

with their favorite Marvel superheroes a lot sooner than next summer, however, as Spidey is slated to make his debut in Civil War. In fact, a new clip from Civil War ended the Sony Pictures presentation, offering a look at Peter Parker’s first encounter with Robert Downey Jr.’s Tony Stark. In the clip, Parker comes home to find Tony sitting on the couch with his Aunt May (Marisa Tomei). Parker is surprised to see the famous billionaire playboy superhero sitting in living room and can only nod as Tony winks at him, clearly aware of his secret identity. Helping hide that secret from May (about whom Tony jokes, “It’s hard to believe she’s anyone’s aunt”), Stark pretends that Peter applied for a special program with Stark Industries and has been selected.

Scripted by Vacation writers and directors John Francis Daley and Jonathan Goldstein, Spider-Man Homecoming is also confirmed to star Zendaya as another lead character named Michelle. It will hit regular theaters and IMAX on July 7, 2017. 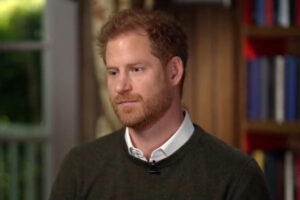 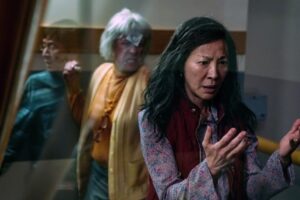 Final Predictions for Art Directors, ASC and MPSE Guild Nominations: More Love for ‘Everything Everywhere All at Once’? 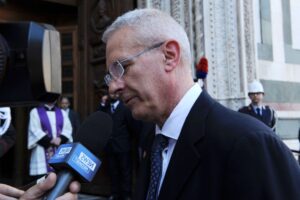