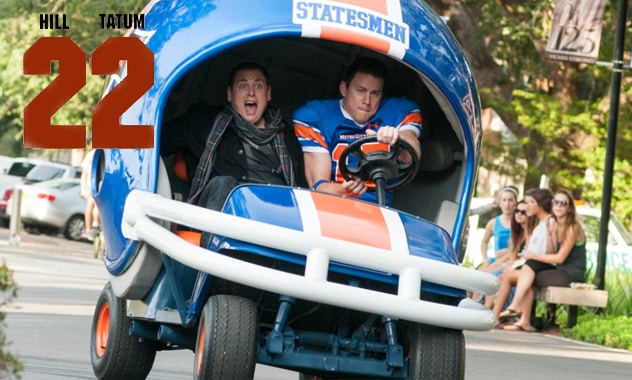 The first trailer for the 21 Jump Street sequel has arrived and we’re sharing!

Last year, Channing Tatum and Jonah Hill did something few have been able to do. They took a long forgotten television series and rebooted it into a successful film franchise.

The trailer opens with familiar face Nick Offerman as Deputy Chief Hardy speaking for all of us when he says, “Nobody gave a shit about the Jump Street reboot, but you got lucky.”  Considering Tatum and Hill barely passed as high school students in the first film, they are now headed to college to take down a new drug dealer and drink lots of beer, swear and brandish some heavy firepower along the way. Along with showing us why this film will definitely be getting an R-Rating, we also learn where our original drug kingpins ended up with cameos from Rob Riggle as Mr. Walters and Dave Franco as Eric in what is probably the funniest moment of the trailer.

Check out 22 Jump Street when it arrives in theaters on Jun 13th!