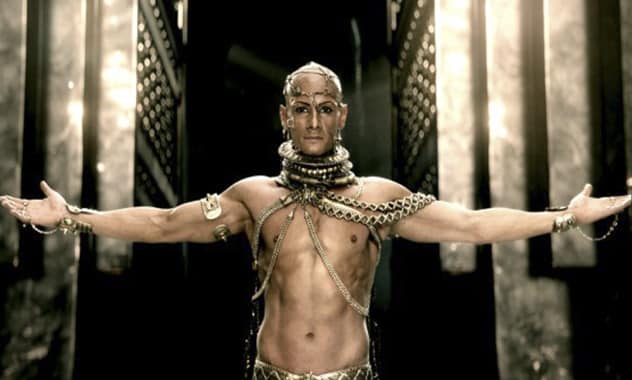 The stylish combat film “300: Rise of an Empire” topped the box office with a strong debut of $45.1 million seven years after the original “300” became an unlikely sensation.

According to studio estimates Sunday, the “300” sequel opened well below the $70.9 debut of Zac Snyder’s 2007 original. But the 3-D “Rise of an Empire” beat estimates and easily edged out the weekend’s other new wide release, “Mr. Peabody & Sherman.”

The movie adaptation of the ’60s cartoon opened in second place with $32.5 million.

The Liam Neeson thriller “Non-Stop” slid to third place with $15.4 million in its second weekend.

In limited release, Wes Anderson’s European caper “The Grand Budapest Hotel” notched one of the highest per-screen averages ever. On four screens, it made an average of $200,000.