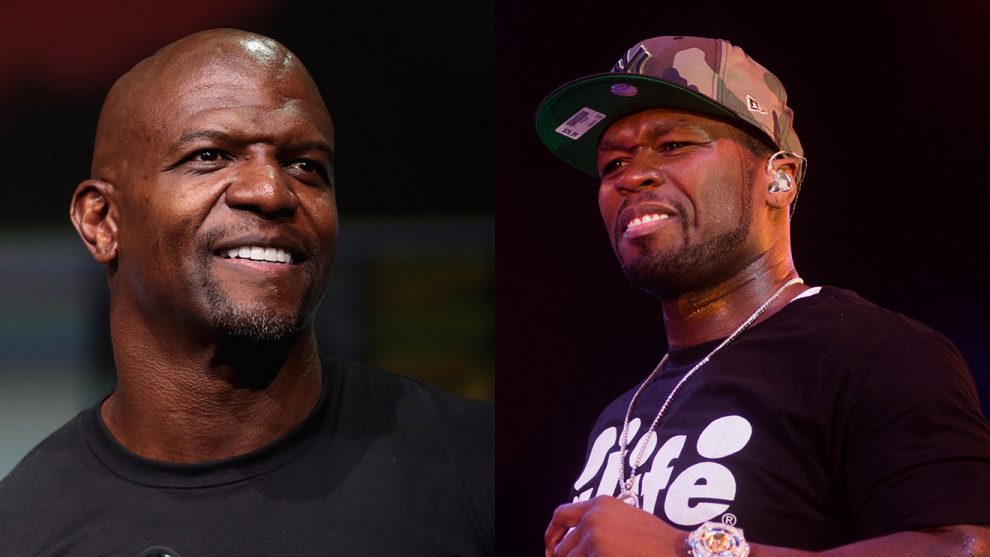 The rapper 50 Cent mocked the actor Terry Crews in an Instagram post following Crews’ testimony on Tuesday to the Senate Judiciary Committee on a bill known as the Sexual Assault Survivors’ Bill of Rights.

In his testimony, Crews discussed his allegations of sexual assault against the Hollywood agent Adam Venit, who was the head of the motion-picture department at the talent agency William Morris Endeavor.

“As I shared my story, I was told over and over that this was not abuse,” Crews said. “This was just a joke. This was just horseplay. But I can say one man’s horseplay is another man’s humiliation. And I chose to tell my story and share my experience to stand in solidarity with millions of other survivors around the world. I know how hard it is to come forward. I know the shame associated with the assault. It happened to me.”

50 Cent, whose real name is Curtis Jackson, has since deleted the post. Deadline reported that it included an image of Crews shirtless with the words: “I got raped. My wife just watched.” A second image featured Crews with a rose in his mouth and the words “Gym time.”

Jackson’s caption on the post went further in mocking Crews’ testimony: “LOL What the f— is going on out here man? Terry: I froze in fear. They would have had to take me to jail. Get the strap.” 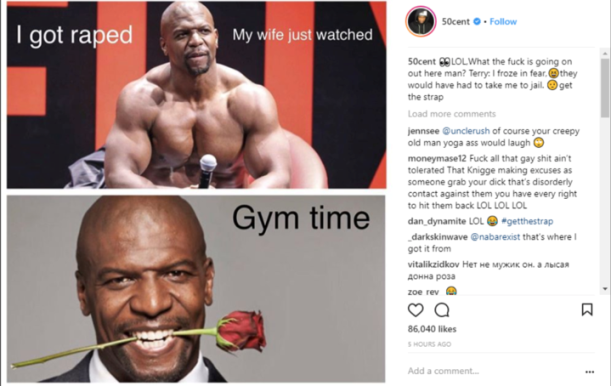 Jackson’s Starz series, “Power,” which he executive produces and stars in, premieres its fifth season on Sunday. Deadline noted that Jackson has previously made controversial posts and deleted them around the release of major projects. In January, he posted and later deleted a video speaking out against the cable company Altice for removing “Power” from its Starz lineup, which corresponded with the release of Jackson’s movie “Den of Thieves.”