“El B, MC of the most important Cuban hip-hop ensemble of today.”~ El Pais

“The Cuban rapper, who is also a member of Los Aldeanos, performed an hour-plus set, showing the dexterity to rock it a cappella, turn the crowd into a wild arm-waving mass…” ~Miami New Times 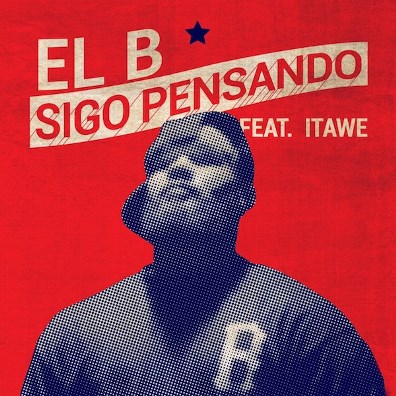 Cuban rapper El B of Los Aldeanos, releases “Sigo Pensando”, third single off Luz, his sixth solo album that will be released early 2016 on independent label ZenStar Productions in association with Rock The Moon Productions.

And who is sincere? We are destructive like cancer
Our whole world in chaos, and you hope to become an angel?
I look for my peace like we all do, I try not to look back
and stay far away from the mud

I keep on thinking, keep on believing that you are here
I keep forgetting, keep on dreaming but I lost you
How to forget, how to think, I keep dreaming of you at night
How to dream, how to sleep, if you are not in the night

“Sigo Pensando’ is a nostalgic revelation for the things we’ve lost in life; where the important thing to take into account ahead of the situations we face is to be at peace with ourselves,” adds El B.

With his explosive and direct lyrical style, El B performed at the Latin GRAMMY Acoustic Session in Miami, FL November 8th in front of an audience awestruck by his flawless freestyle rap technique whereby socio-political issues and his native country’s current situation were the core of the set.

Listen to “Sigo Pensando” on SoundCloud: