An ‘Inside Look’ featurette for RIDE ALONG 2 has just debuted online!
Watch and feel free to share! In case you missed them, the #RideAlong2 poster & photos. 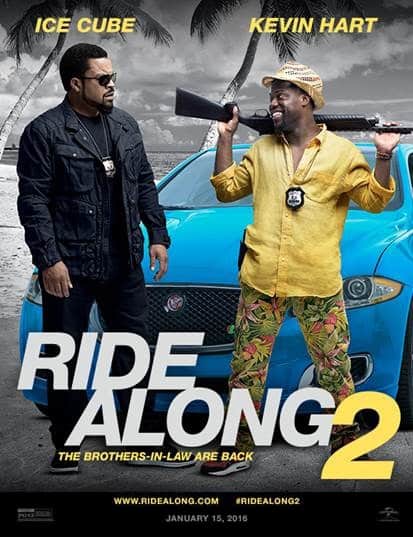 Kevin Hart and Ice Cube lead the returning lineup of Ride Along 2, the sequel to the blockbuster action-comedy that gave us the year’s most popular comedy duo.  Joining Hart and Cube for the next chapter of the series are director Tim Story, as well as Cube’s fellow producers—Will Packer, Matt Alvarez and Larry Brezner—who will produce alongside Cube.