On behalf of Pantelion Films we are excited to share the first trailer and one-sheet of their December 4th release: 600 MILES. 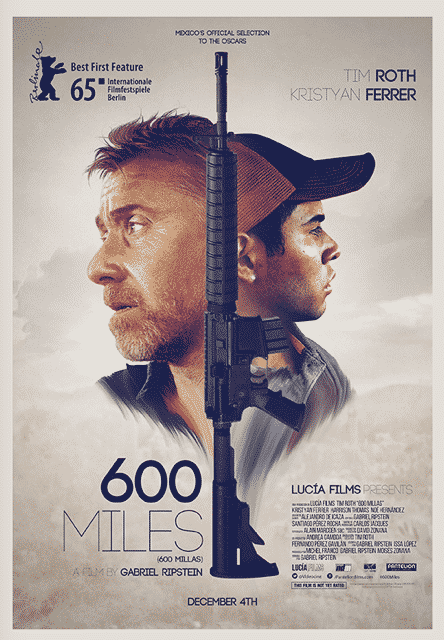 Arnulfo Rubio, a young gun trafficker between the United States and Mexico, is being followed by ATF agent Hank Harris.  After a risky mistake by Harris, Rubio makes a desperate decision: he smuggles the agent into Mexico.  And while these two apparent enemies slowly connect, they reach a dangerous place.  And the only way out will be by trusting each other.