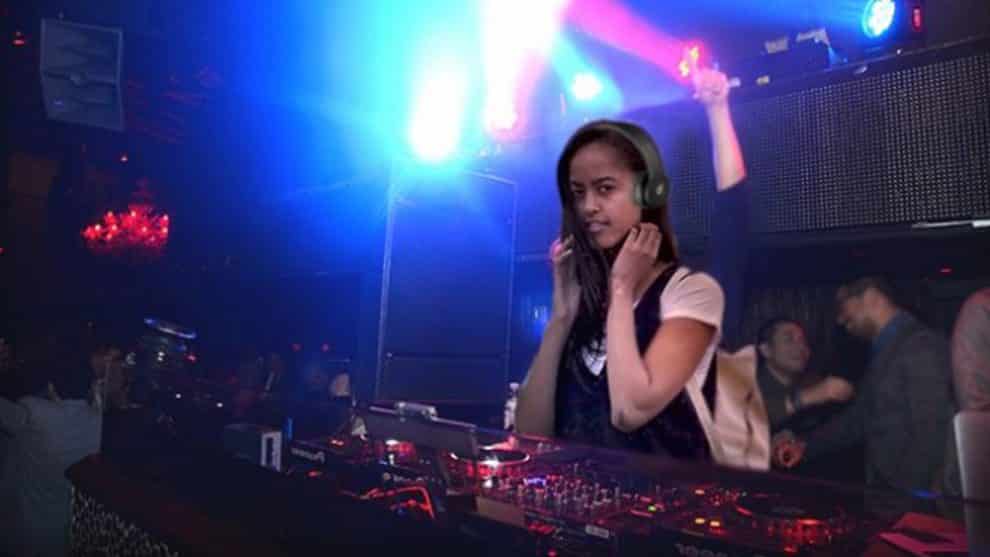 Malia Obama, the daughter former US President Barack Obama, has decided to forgo her college years at Harvard University to become a touring DJ.

Like many young aspiring DJs, Malia caught the dance music bug after attending a club night. Her introduction to the culture took place at Black Flamingo, the Brooklyn club owned in part by M.A.N.D.Y.’s Philipp Jung and Soul Clap’s Eli Goldstein.

At a record release party for Cesar Toribio’s ‘Esa Montaña Se Movera’ EP, a disco-tinged, Latin-inspired release, Malia quickly bought the new record after hearing it played that night. As legend has it, she went and bought a pair turntables the next day and honed her skills in secret, as she believed her parents might not approve her career choice.

That couldn’t be further from the truth as Barack Obama is an avid house music head himself, having paid tribute to and endorsed Burning Man . Now after announcing her path into the DJ world, Barack has come out to fully support his daughter’s decision.

“DJs are some the most powerful individuals on this planet,” Obama said at a news conference to address his daughter’s aspirations. “They have the power to move millions with their music, and I am excited to follow Malia on her path to becoming a tastemaker in the field”.

Now, with support from fellow celebrity DJs like Elijah Wood and Paris Hilton, among others, Malia’s debut DJ performance will take place in the land the celebrity DJ, Las Vegas, at Hakkasan.

Check out to see what she’s been rinsing.