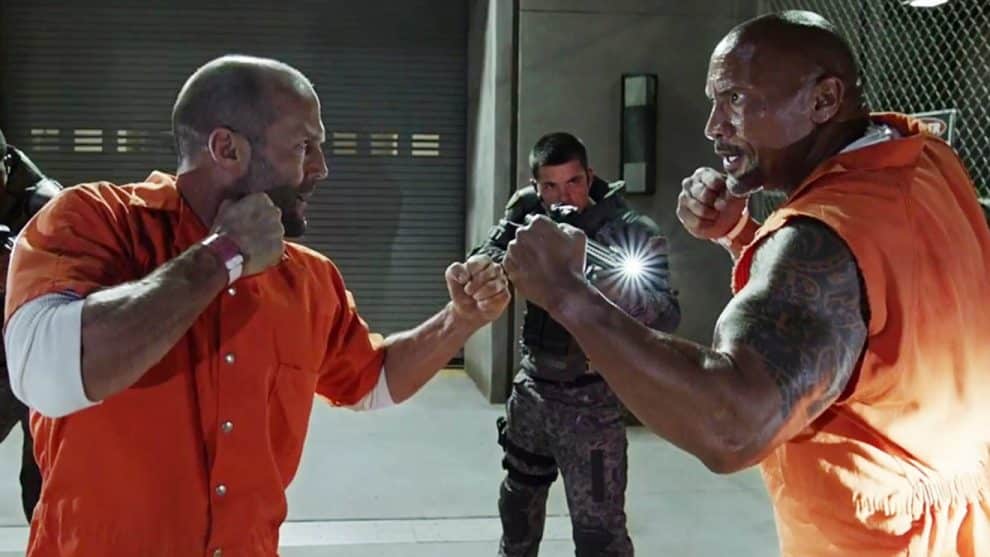 A Fate of the Furious spinoff is reportedly in the works, set to feature Dwayne “The Rock” Johnson and Jason Statham.

Deadline reported that a spinoff spotlight Johnson’s Luke Hobbs and Jason Statham’s Deckard Shaw is in the early stages at Universal Pictures, with Fast and Furious franchise writer Chris Morgan reportedly set to write the script.

Johnson first debuted in Fast Five as a Diplomatic Security Service agent hunting down Dominic Toretto (Vin Diesel) and his team before joining forces with them. Deckard Shaw, meanwhile, debuted in a Fast and Furious 6 post-credits scene before appearing as the main villain in Furious 7.

But in The Fate of the Furious, the two are forced to work together by Kurt Russell’s Mr. Nobody to track down Dom when he turns against his team. The two begrudgingly form an alliance, leading the rest of Toretto’s crew as they try to learn why Dom has betrayed them.

Following the release of the film, reports suggested that an end credits Fate of the Furious scene was removed by star Vin Diesel, which featured Johnson and Statham and would have set up this theoretical spinoff.

Diesel and Johnson’s rumored real-life feud was allegedly an influence for the scene’s removal, which producer Neal Moritz and Universal reportedly added after early screenings showed positive response to Johnson and Statham’s chemistry.

A more recent report suggests that Diesel and Johnson’s feud is over, paving the way for the latter to return for Fast 9. According to Moritz, the plan is still to end the mainline franchise with the tenth numbered film, though this spinoff report does indicate Universal may want the series to continue beyond those two planned films.

The Fate of the Furious opened last weekend, delivering the largest worldwide debut weekend for any film ever.