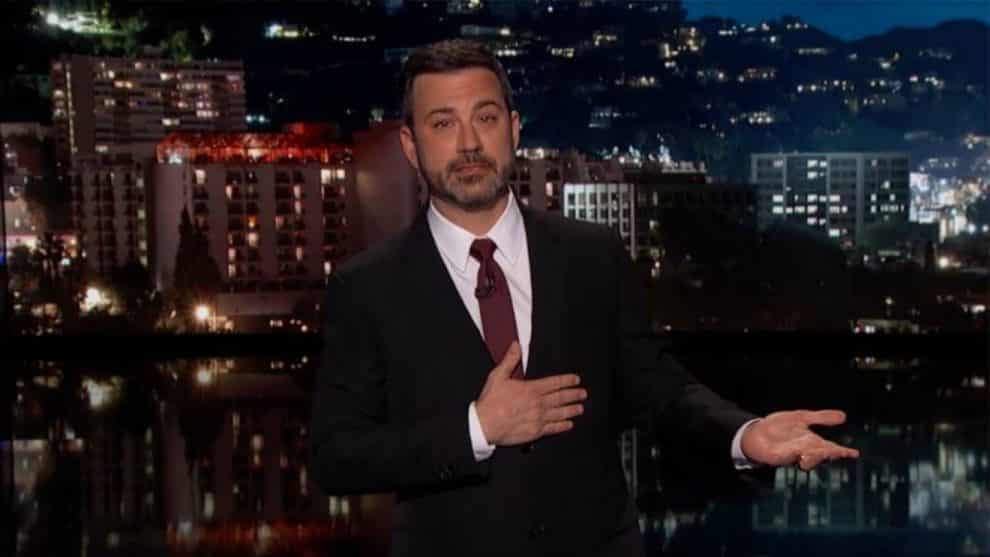 Jimmy Kimmel used his opening monologue Monday night to give an emotional account of how his newborn son was diagnosed with a rare heart condition and almost died. During the 13-minute speech, Kimmel also gave an impassioned defense of Obamacare and criticized President Donald Trump’s failed attempts to cut health spending.

The 49-year-old, who also hosted this year’s Oscars, broke down in tears several times as he opened up about the ordeal. Before revealing the details, he assured the audience “it has a happy ending.”

His son, William “Billy” John Kimmel, appeared fine when he was born on April 21. But a nurse noticed the baby had heart murmur and appeared purple in color.

This was soon diagnosed as “tetralogy of fallot and pulmonary atresia,” a rare condition meaning the pulmonary valve was blocked and there was a hole in the heart wall.After “more doctors and nurses and equipment came in — it’s a terrifying thing” — his newborn underwent successful surgery, Kimmel said, adding: “It was the longest three hours of my life.”

Things are fine for now: His baby will have to have a second operation in three months and another in his early teens. But Kimmel also used the experience to give his views on healthcare policy.

“You know, before 2014 [when Obamacare came into force], if you were born with congenital heart disease like my son was, there was a good chance you wouldn’t be able to get health insurance because you had a pre-existing condition,” he said.”If your baby is going to die and it doesn’t have to, it shouldn’t matter how much money you make,” he added. “I think that’s something that whether you’re a Republican or a Democrat or something else, we all agree on that, right?”

He also criticized Trump’s proposed cuts to the National Institutes of Health. “Thank God our Congressmen made a deal [Monday] night to not go along with that,” he said.

Instead Congress gave the NIH a $2 billion raise.

Selena Gomez Feels Her Series ’13 Reasons Why’ Needed To Be Made, Despite Surging Backlash
Gustavo Galindo Unveils His New Single “Nada Que Perder”