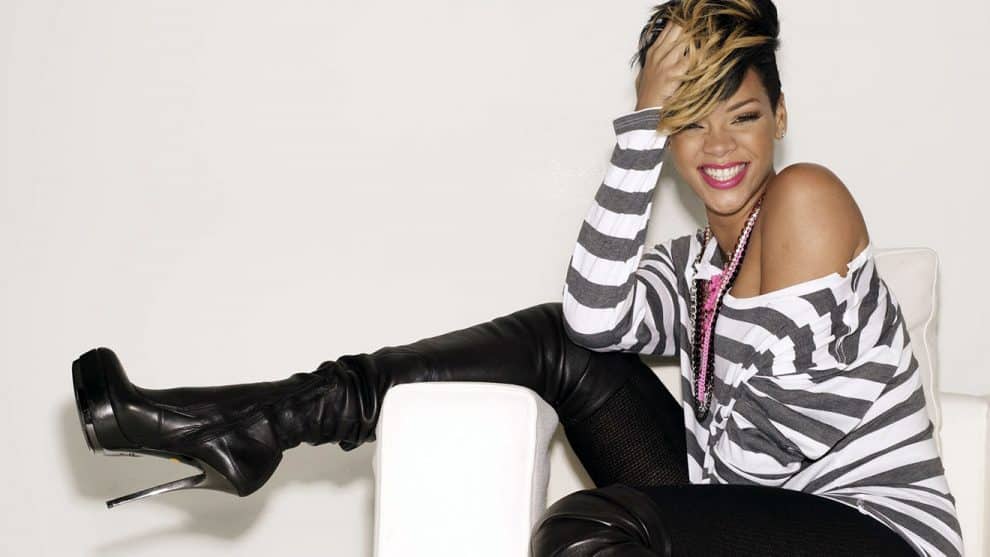 As a child, Rihanna loved shoes, always traipsing around in her mom’s high heels, the singer recalls in a Vogue UK interview. “I was obsessed with everything she wore … her shoes and her scarves,” she says.

That passion has paid off for Rihanna, who now has worked on numerous designer shoe collaborations. Her latest line, with Manolo Blahnik, is called “#SoStoned” and features jewel-adorned sandals and strappy lucite heels. The limited-edition styles range in price from $1,325 to $2,325 and are available in select stores and online starting July 6. It’s the third collection she’s done with Blahnik.

The singer tells Vogue that she first fell in love with Manolo Blahnik heels at age 17 after seeing them in an episode of Sex and the City.

Almost 10 years later in May 2016, Rihanna debuted “#DenimDesserts,” her first collaboration with the iconic designer. The line was a runaway success, ultimately crashing Blahnik’s site due to high traffic. She launched a sequel collection, “#Savage,” that November.

While the brand doesn’t disclose sales figures, CEO Kristina Blahnik told WWD in 2016 that its sales were “steady and constant” worldwide.

This ongoing collaboration has added to Rihanna’s estimated net worth of approximately over $200 million, including $36 million made in 2017 alone.

Manolo Blahnik shoes aren’t the only footwear the celebrity singer has been selling over the years.

After winning the CFDA Fashion Icon Award in 2014, Rihanna was named Puma’s creative director, overseeing the design and creative direction of the sportswear brand’s fitness and training lines.

In 2015, she released her signature Puma Creepers, trainers with thick platforms, which sold out in three hours.

The following year, Rihanna debuted her Fenty x Puma apparel and footwear collection at New York Fashion Week, which garnered praise from fashion critics and celebrity designers. Even Kanye West tweeted his support after the show saying, “Wow the paradigm has shifted. She killed it. … Everything is changed now!”

She also re-released the Creepers, which sold out in 35 minutes.

Rihanna’s collaboration with Puma has been credited with pushing the brand to a place of relevance.

The German apparel company saw a 40 percent increase in U.S. sales of its women’s shoes in 2015, according to the New York Post. The gain is largely attributed to the September 2015 release of the Creepers line.

As expected, Puma has spent a lot of money to work with Rihanna in the past. Though no concrete figures were given, the company said its operating expenditures for the second quarter of 2015 were up 20.4 percent, to about $392 million.

“The main cause for the increase was higher media spend and the partnerships with global sports and pop culture icons Rihanna and Arsenal,” the company said in its report. In 2016, its operating expenditures increased by 3.2 percent.

Both brands have chosen to work with the singer not only because of her “cool factor” but also because of the creative direction she brings to a project.

Manolo Blahnik said as much after his first collaboration with the singer: “Her drive, passion, creativity and style has been reflected in the designs, with fabulous results.”