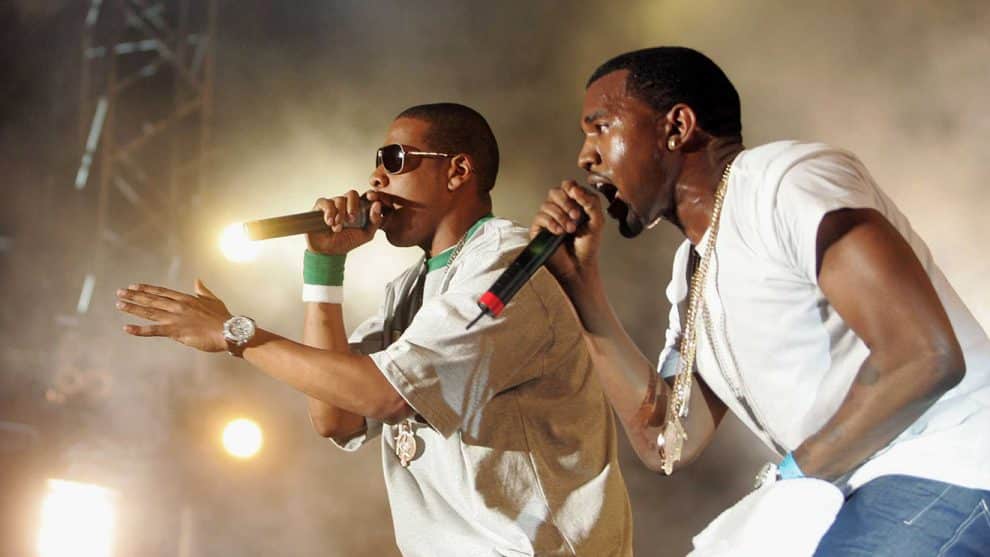 Jay-Z and Kanye West’s relationship is apparently about to get a lot more complicated. During the most recent episode of The Joe Budden Podcast, Joe Budden and his co-hosts, Rory and Mal, entertained the idea that Jay and ‘Ye have some unfinished business to address. After Hov fired shots at his Roc Nation labelmate on his album 4:44, Mal revealed that he ran into the Pablo artist one day and he is, in fact, gearing up to respond to Jay on his forthcoming album.

“Funny story — I don’t like name dropping,” the Mal said on the podcast. “I had a cool little conversation with Kanye in L.A.. He said he got a few words in response to what Jay had on 4:44 when his next record is coming out.” The co-host admitted that he detected a little bit of animosity and bitterness coming from the “Famous” rapper. “There’s some malice,” he continued. “He wasn’t smiling. He was smiling before that conversation started. He said some funny s**t. He said, ‘Yeah man, I was next to Jay for years standing right next to him. Why he didn’t give me no jewels he put on the album?’ He was like, ‘Damn he could have schooled me to all of this s**t when I was right next to him.’”

For those who might need a little refresher, many fans believe Hov took a number of jabs at the Chicago rapper on the tracks “Kill Jay Z,” “Bam” and “Caught Their Eyes.” On the singles, the rapper seemed to reference Kanye’s shocking meltdown during one of his Saint Pablo Tour stops, in which he called out Jay for not reaching out or supporting him. Jay also criticized Yeezy about his attitude. “I know people backstab you, I felt that too/But this f**k everybody attitude ain’t natural/But you ain’t the same, this ain’t Kumba Ye/But you got hurt because you did cool by ‘Ye,” he raps in “Kill Jay Z.”

Kanye has reportedly been cooped up in a studio in Wyoming working on his new album. Following the success of The Life of Pablo, Ye suggested that his new project would be titled Turbo Grafx 16, but it’s unclear if that still holds true. In the past year, the rapper has been through quite a lot – from being hospitalized for having a public breakdown to his wife Kim Kardashian being held at gunpoint – so it’s no telling what direction the upcoming project will go in. But let’s hope the rapper keeps the dialogue between him and Jay-Z going with at least one song in response.

Listen to the clip below from The Joe Budden Podcast to get more details on the Kanye and Jay-Z saga. TFast forward to 1:33:50 to hear their segment on the topic.