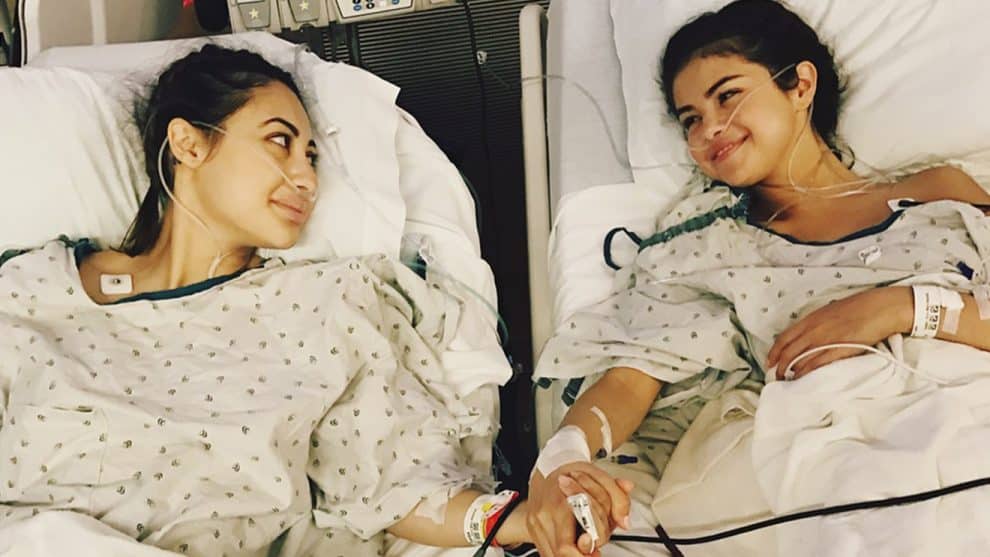 Ever since revealing her lupus diagnosis in 2015, Selena Gomez has been upfront about the impact the autoimmune disease has had on her health, career and quality of life.

But she took it one step further early Thursday morning when she revealed via Instagram she’d received a kidney transplant as part of her ongoing treatment  explaining, “it was what I needed to do for my overall health.”

Her publicist confirmed the transplant to the Associated Press.

She posted a touching photo of herself in her hospital bed alongside her donor, fellow actress Francia Raisa (The Secret Life of the American Teenager, Dear White People).

She promised to update fans on the last few months of her health journey soon.

“Until then I want to publicly thank my family and incredible team of doctors for everything they have done for me prior to and post-surgery,” she wrote. “And finally, there aren’t words to describe how I can possibly thank my beautiful friend Francia Raisa. She gave me the ultimate gift and sacrifice by donating her kidney to me. I am incredibly blessed.”

Neither Gomez nor her publicist went into detail about when or where the transplant took place.

The actress has been making a public comeback of late, attending New York Fashion Week and taking part in Tuesday’s Hand in Hand telethon to raise funds for hurricane victims.

The Associated Press contributed to this report.