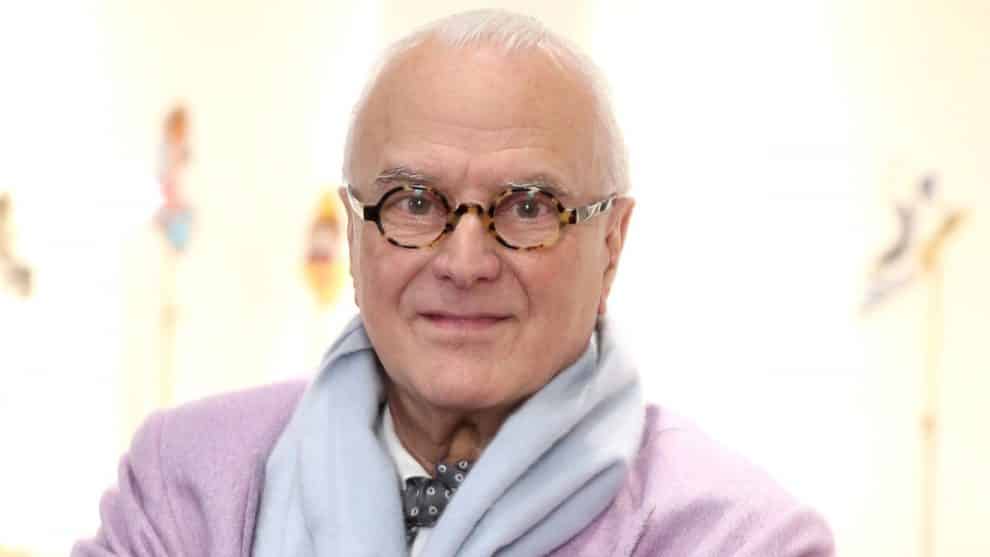 Manolo Blahnik may make it into countless photos via his shoes, a staple of the rich and famous, but the designer is less comfortable standing in the spotlight by himself.

“I am very critical of me, I’m very hard on me, actually, I can’t stand my face, and I was not very good in the film,” the designer said Thursday night before a screening of “Manolo: The Boy Who Made Shoes for Lizards” at the Frick Collection in New York. For what it’s worth, the designer is even more critical of his designs. His main takeaway from Michael Roberts-directed documentary of his life?

“I really discovered that I should not be filmed again. That’s it,” he said. “My thing is shoes. All this nonsense of film and exhibitions, like, it’s OK, yes it’s a part of the whole thing I understand, but…it’s torture for me — torture, torture.”

Several of the designer’s nearest and dearest fans came out to show their support, including his niece Kristina Blahnik, Bianca Jagger and Carolina Herrera, who sat beside him for the screening. Blahnik noted that he had spent the past week — New York Fashion Week — working, and isn’t so interested in engaging in the fashion week circuit.

“Maybe I go out to something like Azzedine Alaïa — I still love those old boys. Or very young talented ones. The people in the middle, all those people are going nowhere,” he opined. “Somebody called me, ‘Do you know this guy? He’s wonderful.’ Then I saw [the designs] in the Times and I said, really? This is what happens when you become a little bit veteran — I don’t bulls–t anymore, I just say what I want to say.”

Iris Apfel, who has also been the subject of a documentary — the late Albert Maysles’ last — ignored the unspoken footwear dress code for the night, opting to instead wear shoes of her own design. Nonetheless, she could recall her first pair of Manolos.

“It was back in the dark ages,” said the stylish 96-year-old, although she wouldn’t call out a favorite pair. “It’s like asking who is your favorite child,” Apfel added.