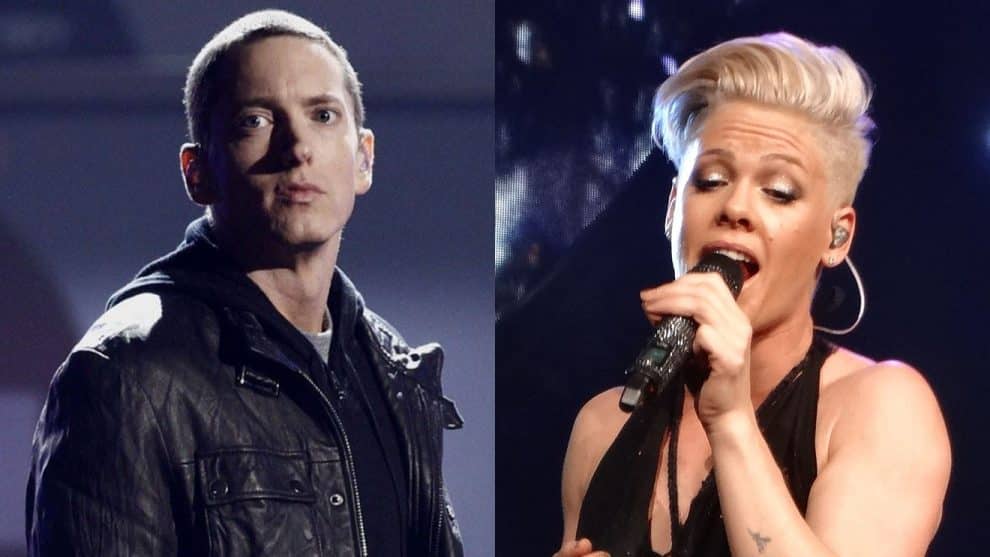 Not all tales involving “liquid courage” and sending that email have a happy ending, but the origin story for Pink (sorry, P!nk) and Eminem’s duet “Revenge” seems to have panned out for all involved.

In an interview with Entertainment Weekly, P!nk explained how some glasses of wine gave her the nerve to send Eminem an email to collaborate on her new album. Who could blame her? I can’t imagine how intimidating it must be to send an email to shady_69ATeminem.com (or whatever the address is) and see if he’d like to share a song. P!nk says her sales pitch also involved a comparison to frequent Eminem collaborator Rihanna.

“I sneak-attacked him. [Producer] Max [Martin] and I started making [“Revenge”], and I wrote this rap. We were drinking a lot of wine, and then I went home and I thought more wine would be a good idea. I emailed [Eminem]. This is why they call it liquid courage. And I said, ‘You know I love you. I like that you work with a lot of the same people, like Rihanna. She’s hotter than me, but I’m funnier. So I’m going for a rap Grammy, and I’d like to take you along with me.’ It was this long email, and he wrote back right away and just said, ‘Okay.’”

Imagine this explaining this scenario to someone from 2001: “Right, Eminem, P!nk and Max Martin are going to do a song thanks to wine, email and everybody still doing massively popular things their whole career through.” Life’s neat like that. Speaking of which, it’s not like Eminem and P!nk haven’t teamed before. P!nk popped up on Em’s 2010 album Recovery for the track “Won’t Back Down.” Of course, “Revenge” is an entirely different animal than “Won’t Back Down.”

Who knows what collaborations liquid courage will give us next?