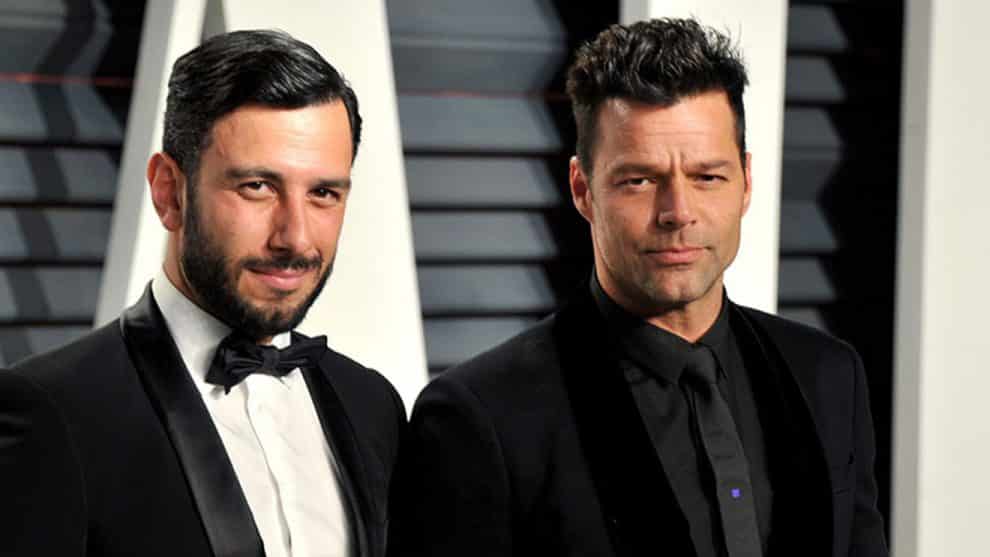 The 46-year-old American Crime Story: The Assassination of Gianni Versace star said in an interview with E! News published Wednesday that he quietly tied the knot with Jwan Yosef ahead of their wedding ceremony.

“I’m a husband, but we’re doing a heavy party in a couple of months,” Martin shared. “We’ve exchanged vows and we [swore] everything and we signed all the papers we needed to sign, prenups and everything.”

“It feels amazing!” he said of calling Yosef his husband. “I can’t introduce him as my fiancé. I can’t. He’s my husband. He’s my man.”

Martin gave the interview Monday while attending the Versace premiere with Yosef in Los Angeles. Yosef appeared to confirm the news by calling Martin his “hbbs” in a caption for a photo from the event on Instagram.

Martin and Yosef, who share twin sons Matteo and Valentino, got engaged in November 2016 after 10 months of dating. The singer said in the October issue of Ocean Drive that his wedding to Yosef will be a “public” three-day celebration in the spring.

“It’s going to be a great event,” the told the magazine. “And people will be talking about it.”

“We’re a modern family, and I think people need to see, and I want to normalize the beauty of our family. That’s why I’m making it public and I am going to share my wedding with the world,” the star added.