Hugh Jackman obviously has no trouble landing leading roles despite having left the perennial money-making machine of X-Men behind. The post-Wolverine pastures remain evergreen as Jackman’s surprise musical hit The Greatest Showman has kept him in the spotlight; one of the film’s songs even took home a Golden Globe earlier this year.

Variety reports that Jackman is eyeing a new project with a great up-and-coming filmmaker. Cory Finley, writer and director of last year’s Sundance darling Thoroughbreds, will next be helming Bad Education, and Jackman is now in talks to star. I Think We’re Alone Now scribe Mike Makowsky penned the Bad Educationscript and the film is said to involve true events that he experienced during his high school years.

Plot details remain scarce for the moment, but Bad Education is said to have an Election vibe about it, according to Variety. For those who are unfamiliar with the black comedy starring Reese Witherspoon and Matthew Broderick, Election satirizes suburban high school life and the politics that come with it when a driven but manipulative overachiever (Witherspoon) runs for student body president. However, one of her teachers (Broderick), is perceptive enough to be onto her secret vindictive side. Yet, he somehow cannot thwart her attempts to take over the school.

Coming off of shooting Jason Reitman’s dark comedy The Front Runner and having been cast in Michael Mann’s long-awaited Enzo Ferrari biopic, Jackman’s interest in starring in Bad Education reinforces an apparent effort to shift away from Wolverine. It’s a move that makes sense, given that the retractable claws were basically his breakthrough in mainstream film. Although Jackman has played a variety of less (physically) imposing roles in the past and certainly has a knack for the stage, it’s now the perfect time for him to focus on roles that bring out different sides of his acting persona.

Jackman — who has long been cast as the prickly, not-quite unlikable protagonist in many of his movies — could be slowly chipping away at a more grizzled image. The Greatest Showman was already a complete 180-degree turn from Logan in terms of storyline and character development. P.T. Barnum obviously doesn’t have the same narrative baggage as Wolverine does. The Greatest Showman is a light and fluffy, and definitely incomplete, portrait of a rather terrible man. Overall, the musical’s true value is in blithe escapism where everything is appealing and rather simple. Meanwhile, by the end of Wolverine’s 17-year run, the X-Men universe establishes that the character is too messed up to carry on in Logan.

Dark comedies, which Jackman seems to be going for a lot these days, aren’t just something with lighthearted laughs. Good black comedies oftentimes deliver biting social commentary and also relish in portraying unsympathetic characters in ways that may not completely villainize them; they can still exude effervescence in different ways. Toeing the line when it comes to morality has always been a more compelling spin on Jackman’s easy charismatic charm anyway. He has even scratched the surface of such performances in some of his more cantankerous mainstream characters; not just Wolverine but Charlie Keaton in Real Steel and Bronson Peary in Eddie the Eagle.

But if Bad Education really channels Election in spirit, the film could definitely move past any classifications or presumptions about your typical feel-good theatrical experience. Jackman has consistently been a bankable star in Hollywood for almost two decades, but some of his most interesting work could just be on the horizon. 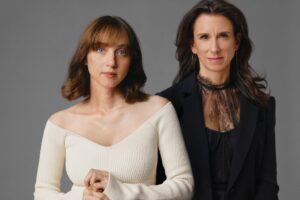 The Partnership: ‘She Said’s Zoe Kazan And Jodi Kantor Discuss How Art Imitated Life In A World-Changing #MeToo Story 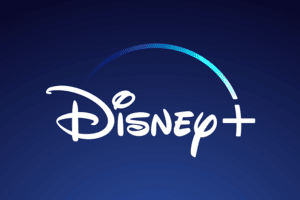 With U.S. Fee Hike, Is Disney+ Without Ads Overpriced? 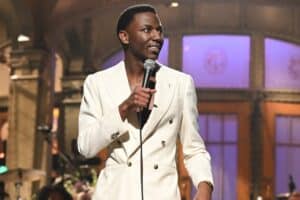 2023 Golden Globes to Be Hosted by Jerrod Carmichael