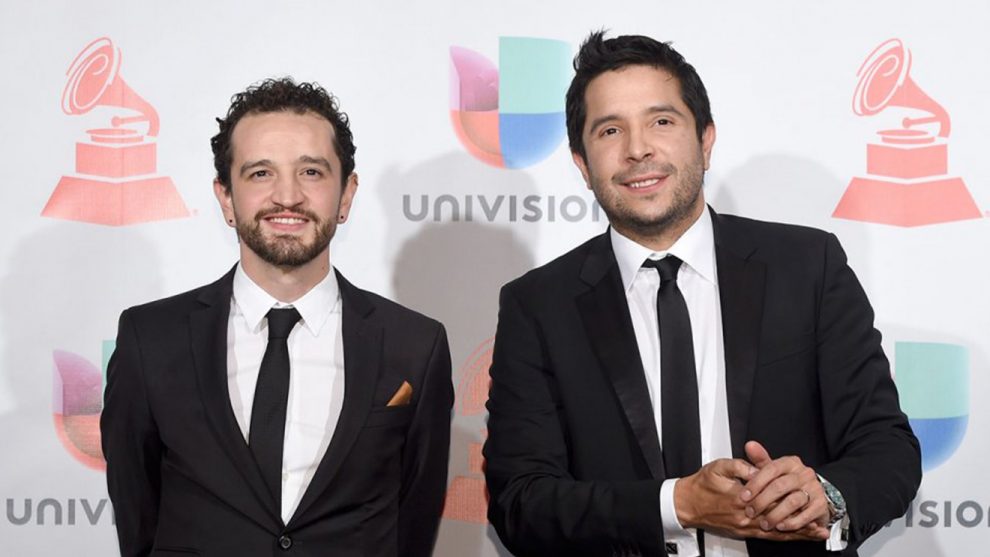 Los Angeles, CA (April 27, 2018). The multi-talented duo formed by Andrés Torres and Mauricio Rengifo, who are behind many of the most important songs of the moment, were awarded the “Producer of the Year” award during the Billboard Latin Music Awards, for their work as producers in “Despacito”, the mega hit of Luis Fonsi ft. Daddy Yankee that has become one of the most iconic songs of the decade. The award ceremony took place last night at the Mandalay Bay Events Center in Las Vegas, Nevada, and was broadcast live on Telemundo.

In 2017, this brilliant duo was crowned with the Latin GRAMMY in the category of ‘Recording of the Year’ for their work as producers of this musical phenomenon that has conquered the entire world taking Latin music to all latitudes and transcending the language barriers.

It is worth mentioning that at the beginning of 2018, Andrés Torres and Mauricio Rengifo also received a GRAMMY Award nomination in the category of ‘Recording of the Year’ for their work as producers in “Despacito” ft. Justin Bieber, song that is among a select group of songs in the Spanish language that have managed to get a mention in the most important music awards.

Andrés Torres and Mauricio Rengifo have worked as a duo since 2015 and the songs they have composed together have reached more than 10 billion views on YouTube and nearly 4 billion plays on Spotify, making them two of the most important producers in the music industry. Since joining forces, the duo has produced more than twenty-five hits with international artists such as Justin Bieber, One Republic, Demi Lovato, Alejandro Fernandez, Carlos Vives, Sebastian Yatra, among others.

Their most recent work as producers, the single “LOVE” by Sebastián Yatra and Gianluca Vacchi, was released a week ago and is the 5th most watched video on YouTube trends accumulating more than 40 million views and continues on an ascent. The song was created on the occasion of the 2018 Soccer World Cup, and the music video includes the participation of some of the most important stars ofinternational soccer. Likewise, another song produced by Torres and Rengifo, “A Partir de Hoy” by David Bisbal and Sebastián Yatra, also premiered successfully this week.

Currently, Andrés Torres and Mauricio Rengifo continue their collaboration with singer Luis Fonsi, including his most recent single “Échame la Culpa” ft. Demi lovato. Likewise, the unrivaled duo is producing the next album by Fonsi that will be released this 2018.