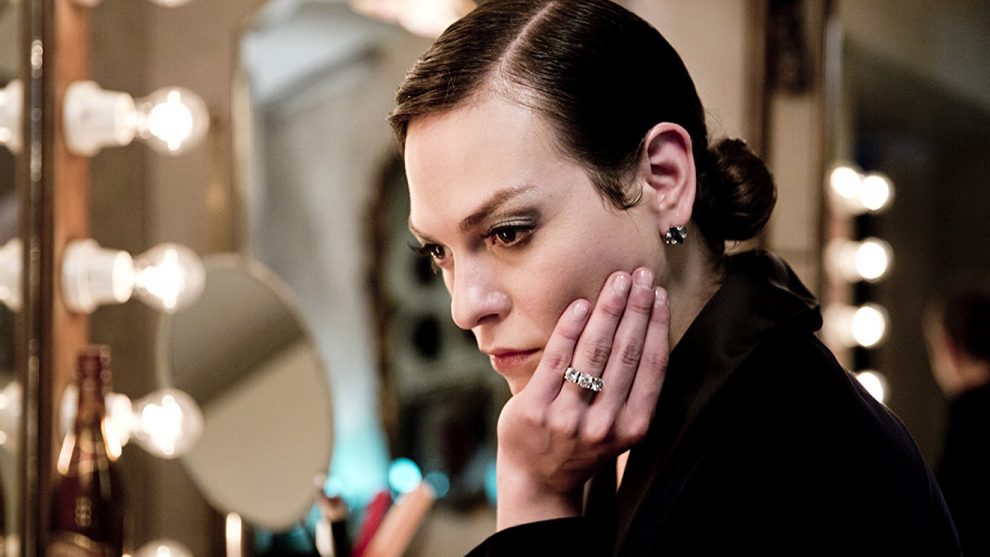 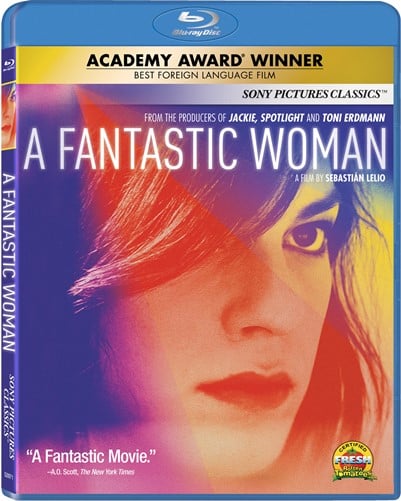 Starring Daniela Vega, the first transgendered Oscar® presenter in history, comes A FANTASTIC WOMAN, the Academy Award® winner for Best Foreign Language Film and the first Chilean movie to win an Oscar®, debuting on Blu-ray™ and digital May 22 from Sony Pictures Home Entertainment. From the producers of Jackie, Spotlight and Toni Erdmann, the acclaimed drama stars acclaimed newcomer Daniela Vega, in the story of a young transgender aspiring singer who must confront society and her older lover’s family when he dies unexpectedly. Directed by Sebastián Lelio (Disobedience, now filming Gloria with Julianne Moore), A FANTASTIC WOMAN also stars Francisco Reyes (Neruda) and Luis Gnecco (Neruda, No).

In “The Making of A Fantastic Woman” featurette, available on the Blu-ray release, fans will delve into the passionate storytelling and incredible artistry of the film with this in-depth profile highlighting the extraordinary performances, stunning visuals and flawlessly crafted direction. Also included is an audio commentary with director Sebastián Lelio.

Synopsis:
Marina is a young transgender waitress and aspiring singer. A story of Marina and Orlando, an older man, who are in love and planning for the future. After Orlando suddenly falls ill and dies, Marina is forced to confront his family and society, and to fight again to show them who she is: complex, strong, forthright, fantastic.

A FANTASTIC WOMAN was directed by Sebastián Lelio from a screenplay by Sebastián Lelio and Gonzalo Maza. The film was produced by Juan de Dios Larraín and Pablo Larraín, with Jeff Skoll, Jonathan King, Rocío Jadue, Mariane Hartard and Ben von Dobeneck serving as executive producers.

A FANTASTIC WOMAN is in Spanish with English subtitles, has a run time of approximately 104 minutes and is rated R for language, sexual content, nudity and a disturbing assault.
Academy Award® and Oscar® are the registered trademarks and service marks of the Academy of Motion Picture Arts and Sciences.
“Golden Globes®”, “Hollywood Foreign Press Association®” and “Golden Globe®” statuette design mark are the registered trademarks and service marks and the Golden Globe® statuette the copyrighted property, of the Hollywood Foreign Press Association.