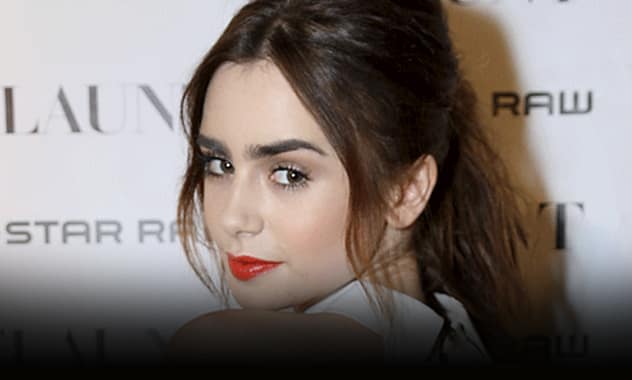 If you forgot who actress Lily Collins’ famous dad is, you might want to think twice before entering her name into a search engine to find out.

The daughter of Phil Collins tops McAfee’s list of Most Dangerous Celebrities to search for on the Internet in 2013. That’s a bummer for The Mortal Instruments: City of Bones star, whose name apparently has a 14.5% chance of pulling up results that test positive for spam, adware, spyware, viruses or other malware. Uh oh.

Canadian punk-pop princess Avril Lavigne, Gravity star Sandra Bullock, comedian Kathy Griffin and Star Trek Into Darkness actress Zoe Saldana rounded out the top five, so keep that in mind the next time you want to Google them.

The only male in the top 10 is Don Draper himself, Jon Hamm, landing at No. 8. Katy Perry, Britney Spears, Adriana Lima and Emma Roberts join him in the bottom five of the list. Another Emma — Watson of Harry Potter fame — topped the list last year, but managed to drop out of the top 10 this year.