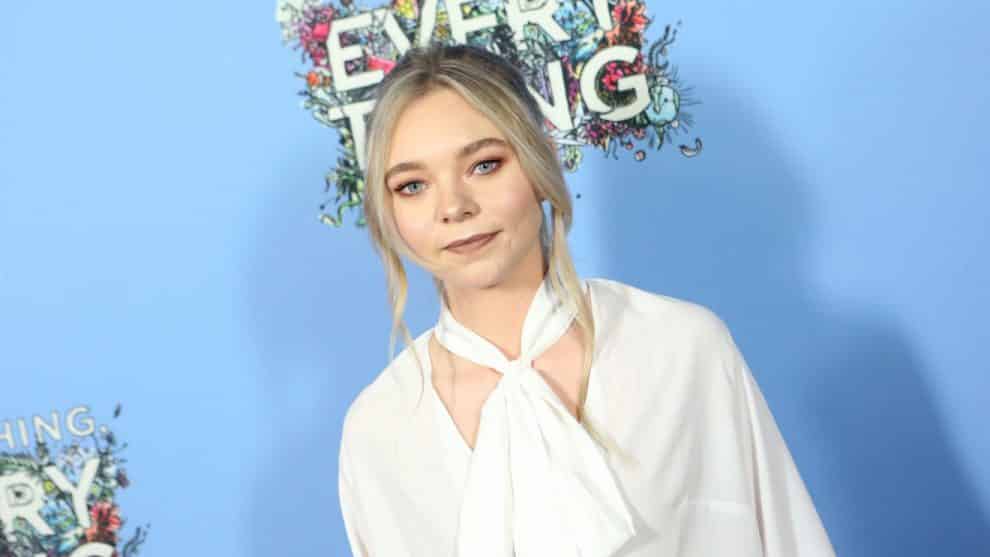 “Deadpool” actress Taylor Hickson is suing Incident Productions Inc. for career-altering facial injuries that she suffered on the set of “Ghostland.”

According to the suit, obtained by Deadline Tuesday, Hickson was told to pound on a glass door harder during an emotional scene of the indie horror film, which was shot in Winnipeg in December 2016.

Despite assurances from director Pascal Laugier and a producer that the scene was safe to perform, Hickson shattered the glass pane with her fist and fell through onto the shards, the suit says. She was rushed to the hospital and required 70 stitches on the left side of her face. The photo below shows the actual gash across Hickson’s cheek. However, her lawyer told HuffPost that “much of the bruising and swelling” on her face was actually makeup or prosthetics from the shoot.

Hickson, a 20-year-old described by her lawyers as a “busy, up and coming actor” before the accident, remains scarred, the suit contends. She lost income during her recovery and now “has struggled to find work as an actor and states that same is due to her injury. She states she has and will continue to suffer future financial losses in an amount to be proven at or before trial.”

Hickson, of Kelowna, British Columbia, told Deadline she also sustained wounds beyond the physical. “It’s been mass amounts of insecurity, conflicted, confused, hurt, angry, and sad that this was my last day on set and no precautions were taken,” she said.

Winnipeg-based Incident Productions “fell below the legal standard of care that is expected of a production company,” Jason Harvey, one of Hickson’s lawyers, said in an email to HuffPost. “We believe that this incident was easily preventable and, unfortunately, resulted in significant injuries to Taylor.”

One of the “Ghostland” producers would not comment on the allegations, The Canadian Press reported.

The movie is also titled “Incident in A Ghost Land” and coincidentally features a woman with a broken face on a poster.

According to a trailer, it’s scheduled to open on March 14.