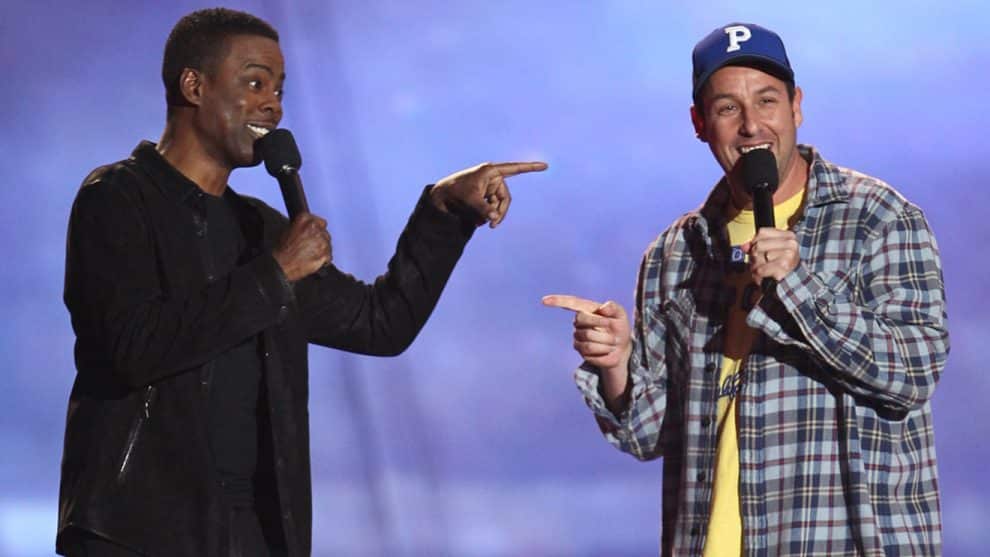 Adam Sandler is reuniting with fellow former Saturday Night Live star Chris Rock for a new Netflix comedy called The Week Of. Directed by Robert Smigel, the film will follow the pre-wedding week of Sandler’s character’s daughter and Rock’s character’s son (via Deadline).

This is the fourth and final film in Sandler’s first four-movie deal with Netflix, though he has recently inked a second four-picture deal exclusively with the streaming giant. Sandler’s latest Netflix project is Sandy Wexler, in which he plays a down-on-his-luck talent manager who finds success and love with a young singer (Jennifer Hudson).

“Adam Sandler and Chris Rock are cornerstones of the Netflix comedy family, and we are over the moon about these two legends reuniting to give our members worldwide a healthy dose of the hilarity that they have been creating together for years,” Netflix’s Ted Sarandos said.

“Similar in the romantic comedy tone of Sandler’s most recent film Sandy Wexler, this film will be the perfect vehicle for Sandler and Rock and their millions of fans around the world.”

The Week Of premieres on Netflix globally in 2018.