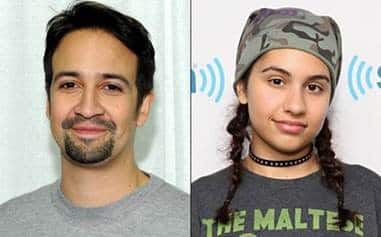 Anticipated animated film Moana features a soundtrack that includes seven original songs, including the inspirational track, “How Far I’ll Go,” written by Hamilton superstar Lin-Manuel Miranda. The song actually appears twice in the movie — once, performed during the film by Moana star Auli’i Cravalho, and another time during the end credits, by “Here” singer Alessia Cara.

Disney has debuted Cara’s version, which houses a soaring chorus, a massive key change, and lyrics that echo the film’s plot of a young woman who leaves her South Pacific island to restore her people’s ancient role as master voyagers: “See the line where the sky meets the sea? It calls me/ And no one knows, how far it goes/ If the wind on my sail on the sea stays behind me/ One day I’ll know, if I go there’s just no telling how far I’ll go.”

The Moana soundtrack, which also features another Miranda-penned track sung by costar Dwayne Johnson, is out Nov. 18, while the film hits theaters Nov. 23.