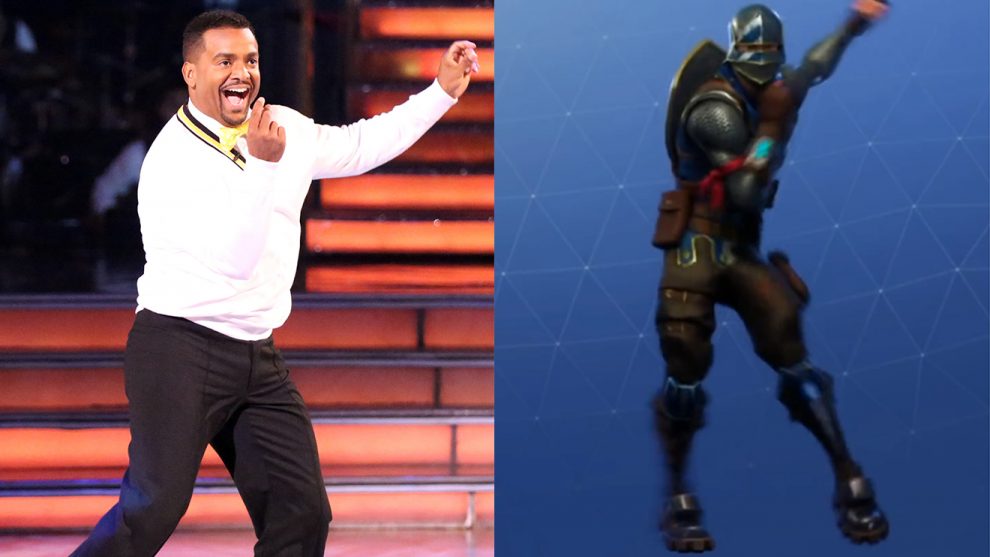 Alfonso Ribeiro is suing two video game developers for allegedly using his signature dance, “The Carlton,” without his permission.

According to CNN, the 47-year-old actor filed the two lawsuits on Monday and accused Epic Games and Take-Two Interactive Software of unfairly profiting from his likeliness and exploiting his “protected creative expression.”

Epic Games is the creator of Fortnite and Take-Two Interactive Software is the developer of the NBA 2K series. In the games, characters can perform dances, or emotes—some of which can be purchased by players.

According to CNN, Ribeiro, who introduced the “Carlton” on The Fresh Prince of Bel Air, claimed his signature step can be seen in Fortnite under the emote “Fresh,” as well as in NBA 2K under the name “So Fresh.”

The news outlet claimed Ribeiro is asking the court to prevent the companies from using, selling or displaying the dance. He is also reportedly seeking damages and requesting that both companies stop profiting from the move. In addition, CNN reported Ribeiro has reportedly accused Epic Games of faking endorsements. Furthermore, it claimed he is in the process of copyrighting the dance.

“It is widely recognized that Mr. Ribeiro’s likeness and intellectual property have been misappropriated by Epic Games in the most popular video game currently in the world, Fortnite,” Ribeiro’s lawyer David L. Hecht told E! News in a statement. “Epic has earned record profits off of downloadable content in the game, including emotes like ‘Fresh.’ Yet Epic has failed to compensate or even ask permission from Mr. Ribeiro for the use of his likeness and iconic intellectual property. “Therefore, Mr. Ribeiro is seeking his fair and reasonable share of profits Epic has earned by use of his iconic intellectual property in Fortnite and as a result is requesting through the courts that Epic cease all use of Mr. Ribeiro’s signature dance.”

E! News has reached out to Epic Games and Take-Two Interactive Software for comment.

Ribeiro isn’t the first public figure to take legal action against the developers. Russell Horning, also known as Backpack Kid, also has lawsuits against Epic Games and Take-Two Interactive Software for allegedly using his dance moves without permission in the games. Rapper 2 Millyis also suing Epic Games for the company’s alleged misappropriation, use and sale of the “Milly Rock” in Fortnite.