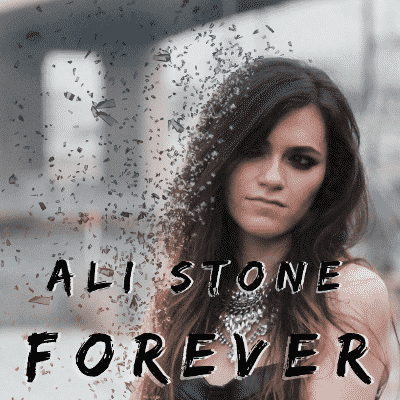 ‘FOREVER’ IS AVAILABLE VIA ITUNES

After the release of her first EP ‘More Obsessed’, the producer and songwriter Ali Stone is relishing at her new tie-up with the global go-to retailer Forever 21. The brand enlisted her to make the anthem that will serve as the store’s soundtrack. The song called ‘Forever’, started playing in all Forever 21 retail stores on Black Friday and was released exclusively via iTunes on November 27th, 2015. A few days after the release, the song has already entered the charts on iTunes and features as one of the trending and promising songs on Spotify.

‘Forever’ was completely written, performed, produced & engineered by the young DJ. The song presents uplifting melodies, upbeat guitar solos & harmonic vocals that invite to get into the party vibes for the Holidays.

The official video for the song was shot between Paris, New York, Las Vegas, Hong Kong and Bogota, it was directed by David Bohórquez and co-directed by Tristan Tassart,  and it was exclusively featured at Forever 21 stores on Black Friday. The video is now available on Ali Stone’s Official YouTube Channel.

With her debut album set to be released next year and her upcoming production projects, it seems that Ali Stone’s name and music will remain carved in stone forever.