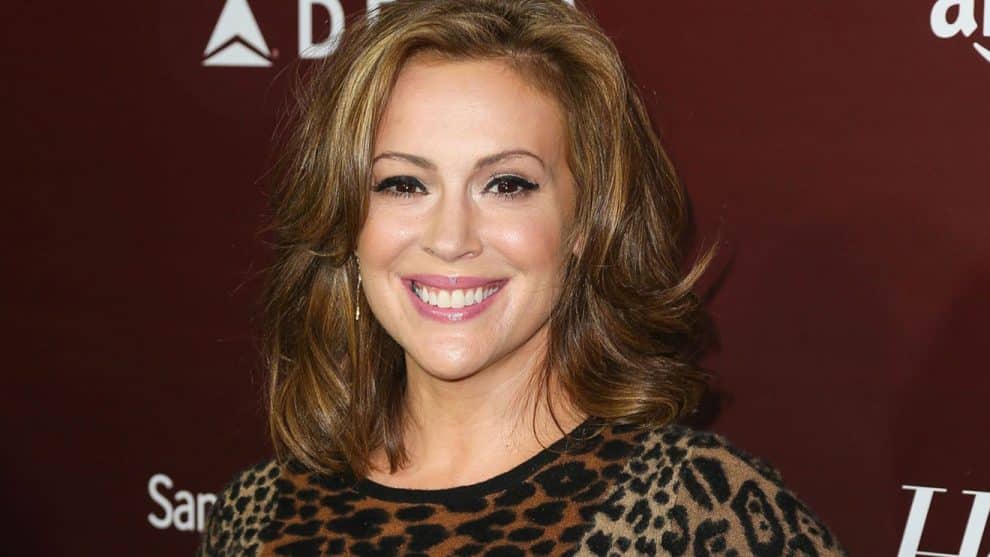 Alyssa Milano has filed a $10 million lawsuit accusing her former business manager of severe misconduct that caused her to spiral into a financial disaster.

The suit accuses accountant Kenneth Hellie and his firm, Hellie, Hoffer & Co., of forging her signature on checks, failing to pay overdue bills and taxes, and inducing her to make bad investments in businesses in which he was also an investor, without disclosing the conflict.

Hellie’s actions, according to the suit, left Milano and her husband, talent agent David Bugliari, “with millions of dollars in debt and their credit in ruins.”

The suit was filed Friday in L.A. Superior Court in Van Nuys. Reached by phone on Saturday, Hellie declined to discuss the specifics.

“I’d like to say something,” he said. “Obviously a lot of it’s like the Johnny Depp situation. I can’t say anything just yet.”

Depp is currently engaged in a legal war with his former managers, who have accused him of destroying his finances through reckless spending. Depp contends that his managers engaged in “gross misconduct” and has sued for $25 million.

“We anticipated this defense,” said Milano’s attorney, Ellyn Garofalo, a partner at Liner LLP. “Nothing could be further from reality. Alyssa and David live a relatively modest lifestyle centered on their family. It is unfortunate that Mr. Hellie finds it appropriate to blame the clients who trusted him rather than take responsibility for his own negligence and misconduct.”

Milano alleges that her financial woes began with a “home improvement debacle.” Milano says that Hellie’s poor oversight of the remodeling job caused costs to spiral. She ended up spending $5 million, though the home is worth no more than $3 million. She also says her accountants failed to notify her of Ventura County building code violations, which lingered for more than five years, resulting in a lien and $376,950 in fines.

The overspending on the renovation project led to other financial difficulties. In February 2016, Milano received a notice of default due to an unpaid mortgage payment. Milano says she learned that eight mortgage payments were late in a 13-month period. The late payments and the lien damaged her credit score to the point where she was unable to refinance her home to pay off debts, she alleges.

As money got tight, Milano claims that Hellie engaged in a “shell game” with clients’ money, initiating loans between clients to keep each one solvent. Milano alleges that Hellie had her borrow funds from some clients while lending to others, all at high interest rates.

She also alleges that Hellie used Milano’s funds to prop up his own investments. On four occasions, she says, Hellie transferred money out of her account without obtaining her signature. Instead, she says he scotch-taped her signature onto the wire authorization. She alleges that without her authorization, Hellie invested $351,000 of her money into a parking lot venture that has yet to generate any income. She says Hellie did not disclose that he was also an investor in the property.

Throughout, Milano says she continued to receive assurances that her finances were healthy. In 2014, she turned down appearing in the third season of the ABC show “Mistresses.” The season would have paid her $1.3 million, and she says she might have negotiated an even more lucrative deal for the fourth season. Had she known how dire her finances truly were, the suit states, she “would never have turned down” the job.

After firing Hellie in June 2016, Milano says, Hellie demanded a $26,000 payment for “professional services,” which she refused to pay. So, she alleges, Hellie forged her signature on a check in that amount. She says she and her husband did not discover the theft until they overdrew their account. She says Hellie paid another $25,000 from Milano’s account in “interest” to two other clients for loans that Milano and her husband never received.