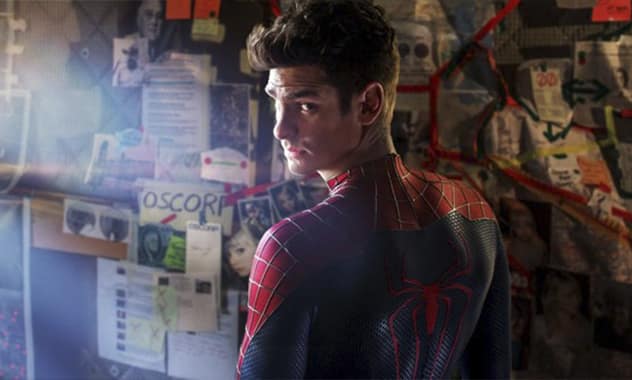 Indeed, even the clip itself is short on details. The first 20 seconds of the video focus on Stan Lee, “Spider-Man” co-creator and Marvel Comics legend, setting up the action with all of the long-winded verbosity that Stan the Man does so well. Following that, we see quick cuts of Jamie Foxx as Electro preparing to do some damage in the middle of Times Square, with a costumed Peter Parker eventually swinging into the frame to stop the madness.

“39 million people visit Times Square each year,” the clip helpfully points out, “But this summer, its most famous visitor begins his greatest battle.”

The new clip doesn’t reveal much that we didn’t already know (Electro has electric powers and he’s using them to cause public panic; Spider-Man is Spider-Man so it’s his job to swing in and stop him; business as usual, in other words), except for one possible detail: It looks like Spidey and Electro’s Times Square battle takes place during New Year’s Eve, given the fanfare and countdowns seen and heard throughout the clip. Sure, it’s certainly possible that the clip was just designed to play to the real-life NYE crowd, but it looks like the holiday is actually happening in the film. That’s an interesting detail.

It’s not the most extensive look at “Spider-Man” yet, but the film’s release is just a few short months away, now that the new year is upon us. Before we know it, we’ll have all our burning Spidey questions answered — let’s just hope we like the answers.