Amazon, the internet’s largest retailer, is making an aggressive move into the booming and intensely competitive business of streaming music.

The company will expand its Prime membership offerings by adding a stockpile of old and newish music for subscribers to stream on demand. The Prime music service, which is scheduled to launch this June or July, will not include recent releases but instead restrict its catalog to songs and albums that are 6 months old and older, five music industry sources familiar with the company’s plans confirmed to BuzzFeed.

Similar to Prime Instant Video, the on-demand video option available to Prime members, the Prime music service (the official name of which is still unknown) won’t aspire to the full universe of existing content, instead offering a potluck of select songs and albums it has licensed from labels at a discount. That distinguishes it from the prevailing business model of stand-alone streaming competitors like Spotify, Rdio, and Beats Music, all of which have tried to lure customers by promising all of the world’s music with a few precious exceptions.

Of course, Amazon has already hooked over 20 million reported Prime members without offering any music at all. For Amazon, music is yet another cherry on top of a cake that already includes movies and TV shows via Instant Video, an e-books lending library for its popular Kindle reader, and free two-day shipping — the service’s signature feature since debuting nine years ago. It sweetens the deal not long after Amazon miffed some members in March by raising the price of Prime to $99 per year from $79. 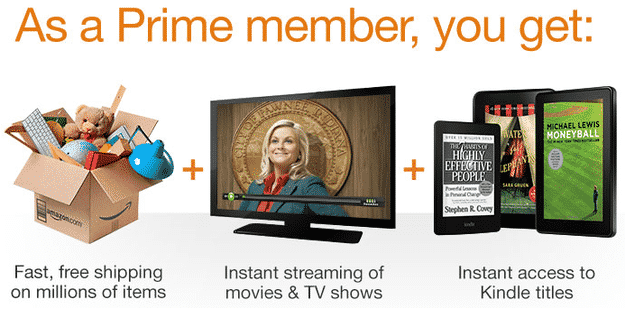 Compared with Spotify, Rdio, and Beats, Amazon has been granted limited access to the labels’ archives, with one source saying that the company will pick and choose what albums to stream based on data from Amazon’s existing music and retail operations. In some ways, the arrangement mirrors the one reached between Amazon and HBO last month, in which a select number of HBO’s older shows were made available on Prime Instant Video.

Similar to Spotify, the Prime music service is said to work across multiple devices and allow users to search and play songs as many times as they want with some offline capabilities. Sally Fouts, a representative for Amazon, has not responded to a request for comment.

Amazon’s entry into music streaming comes at a time when many in the music industry have started to view streaming as the next in a long line of last great hopes. In the first quarter of this year, digital track sales in the United States were down 12.5% from the same period last year, while total streams have increased by 34.7%, according to Nielsen data. That continues the trend from 2013, when digital music sales in the U.S. declined for the first time in a decade.

The rise of streaming came into sharp focus this month as Apple made headlines for its $3 billion purchase of Beats Electronics and Spotify announced that it had signed up 10 million paying subscribers worldwide. YouTube, the world’s most popular destination for streaming music, is also rumored to be launching its own paid subscription service later this year.