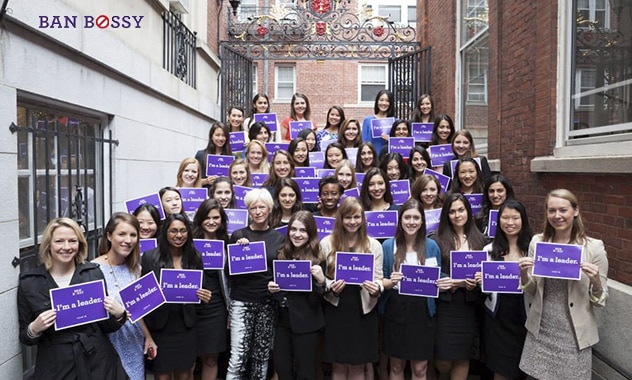 Girls, it’s okay to be bossy — in fact, you should be bossier: That’s a direct order from Queen Beyonce herself. And if her mission is successful, no girl will ever have to worry about being labeled “bossy” ever again.

Bey, Jennifer Garner, Jane Lynch, and female powerhouses like Condoleeza Rice, Girl Scouts CEO Anna Maria Chavez, Diane Von Furstenberg, and Facebook COO Sheryl Sandberg are combining forces to create a PSA for Lifetime on why we need to ban the word “bossy” from our vocabularies so girls aren’t worried to speak their mind or take charge of any situation in fear that others will see their assertiveness as a negative quality.

“Girls are less interested in leadership than boys,” Beyonce says in the video. Which means that, to get them interested again, we’ve gotta work together to let them know it’s okay to be ambitious and change the world.

And, as Jennifer Garner adds, “Being labeled something matters” — so why not give girls a positive label they can be proud of?

You hear that, Blue Ivy? You can grow up to be whoever you want to be — even though you’re already lightyears cooler than us.

Ready to #banbossy? Check out the video below!